Pearls of French Cinema Return to the Big Screen in NYC

The Anthology Film Archives will celebrate French cinema by bringing rarely-seen films from the 1903s and 40s to the big screen between January 23rd and February 2nd. According to organizers, this period in French cinema was one of “remarkable invention, impeccable craftsmanship, and increasing refinement.” Entertaining, culturally important, and with tickets starting at just $6, inexpensive: French Classics of the 1930s and 40s at Anthology Film Archives is giving you a great way opportunity to impress your next date.

Here are some of the jewels to be on display:

Hôtel du Nord by Marcel Carné. This small hotel located on the Canal Saint-Martin is home to all kinds of strange characters: a crazy-in-love-yet-suicidal couple, Raymonde the prostitute and her reformed former client, among others. A fire breaks out during a meal which leads to an investigation that turns out to be much more difficult to carry out than it needs to be. Showtimes: Friday, Januray 23rd at 7pm, Monday the 26th at 9pm, and Thursday the 29th at 9:15pm.

Les Visiteurs du Soir by Marcel Carné. In this fantasy, Satan sends two agents to the earth to spread trouble and despair in 1485. Friday, January 23rd at 9:15pm, Thursday the 29th at 6:45pm and Monday, February 2nd at 6:45pm.

The Story of a Cheat by Sacha Guitry. A man tells his memories. As a child he steals from the till at his family’s grocery store and in the evening is sent to bed without dinner. As it happens, the meal was poisoned and his whole family dies, from which he draws the lesson that honesty is useless while wealth is the greatest virtue to be sought. He becomes a professional cheat. Saturday, January 24th at 5pm, Wednesday the 28th at 7pm and Sunday, February 1st at 9pm.

The Raven by Henri-Georges Clouzot. This is the story of a French village where anonymous letters exposing inhabitants’ darkest secrets result in chaos. The film is based on a true events that took place in Limousin in 1917. Saturday, January 24th at 7pm, Friday the 30th at 7pm and Monday, February 2nd at 9:15pm.

Douce by Claude Autant-Lara. Irene is governess to the young and beautiful Douce de Bonafé. Irene also has a lover Fabien, a stage director, with whom Douce falls madly in love. Fabien only has eyes for Irene but she is hesitating between two men — indecision for which she will pay dearly. Saturday, January 24th at 9pm, Friday the 30th at 9pm and Sunday, February 1st at 7pm.

Marius by Alexander Korda.  Inspired by a novel of the same name by Marcel Pagnol, this is the very first of the author’s trilogy about Marseille. Prepare to be transported to the old port where Marius dreams of setting sail. Sunday, January 25th at 3pm and Saturday the 31st at 6:15pm.

Fanny by Marc Allégret.  This is the second in Pagnol’s Marseille trilogy after Marius, and if you want to immerse yourself completely in Southern France, you can watch one right after the other. Sunday, January 25th at 5:45pm and Saturday the 31st at 9pm.

César by Marcel Pagnol. In this third and final installment of the Marseille trilogy, Pagnol brings his own vision of his story to its conclusion. Sunday, January 25th at 8:30pm and Sunday, February 1st at 4:15pm.

Une si jolie petite plage by Yves Allégret. In a small seaside hotel in Northern France, a man arrives and accuses a client of a crime, rupturing the usual calm of the establishment. Monday, January 25th at 7pm, Thursday the 28th at 9pm and Saturday the 31st at 4:15pm. 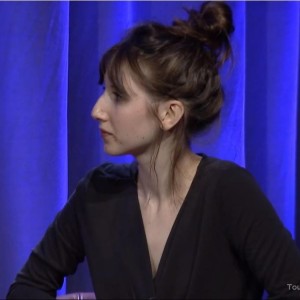