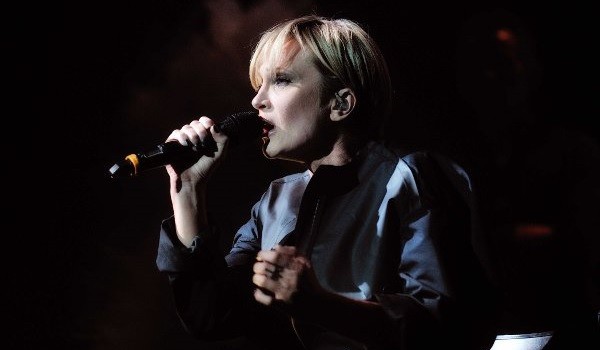 “We didn’t have the same life,” says Patricia Kaas. She is uncomfortable comparing herself to that of the icon Edith Piaf.

Nicknamed “la Piaf  de Forbach”, after the town  in  the  Lorraine where she grew up, Kaas and Piaf or “La Môme” as Piaf was endearingly called, both shared a tormented life.

Piaf suffered from health issues, the loss of the love of her life––the boxer Marcel Cerdan who died in a plane crash between Paris and New York––and the psychological issues which followed.

Kaas, at the time she was hitting the Top 50 with “Mademoiselle Chante le Blues,” experienced the loss of  her mother to cancer. She also suffered from multiple abortions and was harassed by a fan. Kaas revealed all of these wounds in her 2011 autobiography “L’ombre de ma voix.”

“I lacked self-confidence because I had a German accent, because I moved to Paris from a small town and lost my mother when I was young. The autobiography helped me gain the confidence that I needed to sing Piaf. There are emotions in her songs that I know well.”

For the past year, Kaas has been on the road, presenting her show “Kaas sings Piaf” in which she reinterprets, in her own special way, the icon’s songs in the venues where “la Môme” performed.

The audience comes to listen to Piaf, Kaas, or maybe a bit of the two. In November, for Kaas’ first New York performance, she sold out Carnegie Hall. In 1956, according to the New York Times, Piaf left the same venue “in tears.”

It’s a grueling schedule: London, Seoul, Moscow, New York. Even as an experienced performer, with a career spanning over  25 years, Kaas finds the tour to be demanding.

“The most difficult is sleeping in a different bed practically every night,” she said from her hotel in San Francisco. “I’m starting to miss singing my songs too.”

Kaas is coming back to New York on September 20th, for a concert at Town Hall. The date was added to her calendar after the Carnegie Hall performance and coincides with the US debut of Francofolies; a French music festival celebrating the music of Edith Piaf on the 50th anniversary of her passing.

“I was anxious the first time because I was singing in New York, at Carnegie Hall. Today, it’s simpler”

Kaas will be playing popular and lesser known songs of La Môme, with rare pictures of the singer serving as a background. The only addition to the show is one of Kaas’ songs: “Lili Marlene”, dedicated to Marlene Dietrich as a way to reintroduce a bit of herself in a concert about someone else.

“I never wanted to copy Piaf. It would have been easy, but not interesting. The challenge was to find a space between respecting the singer and the new scores from Abel Korzienowski. The audience validates my success [in achieving this goal]. They say, ‘It’s great because we don’t lose you.”