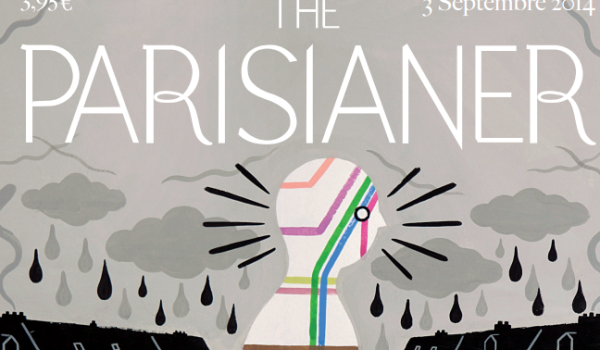 The Parisianer: the Soul of Paris in an Homage to “The New Yorker”

Capture the essence of the city of lights while commemorating the exceptional cover pages of New York’s legendary weekly magazine: this was the creative challenge behind “The Parisianer,” an artistic project dreamed up by two young French illustrators, Aurélie Pollet and Michael Prigent.

“The cover pages of The New Yorker are a reference for the illustrator,” Prigent says, explaining the artists’ decision to use the magazine cover as a kind of genre. “From an editorial perspective, this is a magazine that has consecrated its most eye-catching and important page to illustration, and has done so for nearly a century.  They are very demanding in their selections, and the images are all just right, strong, inspiring and moving.  They are a perfect expression of the city, a detail amidst the chaos.”

With this framework in mind, Prigent and Pollet brought together a group of about one hundred designers who were each asked to produce a vision of Paris, real or imagined.  “We mentored them in order to avoid repetition in selected themes.  We asked them to submit preliminary sketches to ensure that their approach had finesse rather than clichés.  Our aim was to show a subjective Paris, one that simultaneously surprises while making perfect sense to the reader,” explains Michael Prigent. The result is a collection of covers from a fictional magazine: The Parisianer.

The covers have it all, from graffiti to the Eiffel Tower, from pigeons to umbrellas. And of course, the Paris subway. “I love how metros are like a labyrinth,” says illustrator Virginie Morgand of her metro scene cover. “Even though people may only encounter each other for a few seconds, I believe that there are interactions between them, unnoticed gestures, eyes that glance and gaze. That is the essence of Paris. I often use silkscreen printing in my projects; I wanted to maintain a very colorful universe, even within a décor that may seem gray.”

With the help of a crowdfunding site, Michael Prigent and Aurélie Pollet were able to publish a collection the drawings in book form. The work was released in France in mid-March, and was co-published by La Lettre P, the creators of the concept and Éditions Michel Lagarde. Flipping through the 96 illustrated pages, the reader will discover a Parisian confined inside a snowball, a Buren’s Column fashioned like a tree, the Eiffel Tower shown both as an electrical tower and sculpted out of matches, and Moulin Rouge dancers with hairdos à la Marge Simpson, among other scenes.

In addition to the book’s release, last December the Cité Internationale des Arts presented an exhibit in Paris. What’s next for the artists? They want to keep this adventure alive. “We would like to take the project on tour and show it to an international audience, organize exhibits abroad, in the United States, in Asia.” 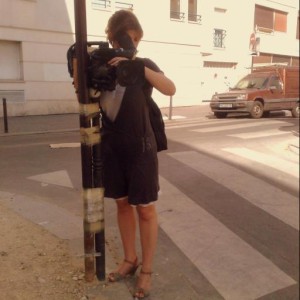