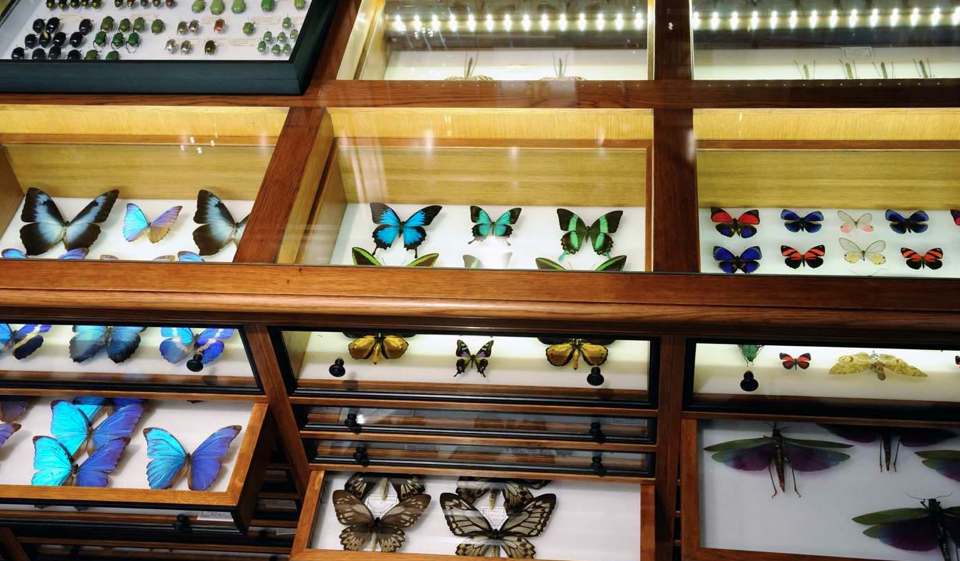 Last week, French Morning brought you tips for indoor activities and outdoor stomping grounds when visiting Paris with kids. This week, check out our recommendations for places to eat, shop and just plain marvel with your little ones.

All those museum and park visits are sure to build your kids’ appetites, so time for some food! We are in Paris, after all…

Patrick Roger: There’s chocolate…and then there’s chocolate. Anyone who has ever watched Charlie and the Chocolate Factory knows that the world of chocolate can be wild. Paris has its fair share of chocolatiers, but many of them are hush-hush and elegant affairs. Patrick Roger, master chocolatier from the Paris suburb of Sceaux, is one of the few who can create some of the best chocolates in the world while simultaneously making them unbelievably fun. Children won’t believe that life-sized gorilla in the window display is actually made out of chocolate, and it gets even better during holiday seasons. Each Easter, Patrick Roger imagines a daring new shape for his chocolates, creating impressive animals that show just how far his imagination can go. Kids will leave with a satisfied sweet tooth, and a treasure trove of inspiration for their chocolate daydreams.

Atelier Guy Martin: Have your kids ever dreamed of starring in their own version of Ratatouille? For an option that’s more memorable than a trip to Disneyland, Michelin-starred chef Guy Martin has a cooking school with classes geared specifically towards children. For much less than an actual meal in a starred restaurant, Martin’s team shows children how to cook savory and sweet dishes with seasonal ingredients. For parents who might get a little jealous that the kids are getting all of the fun, Guy Martin Atelier also offers classes for parents and their children together. We’re betting that might give way to an argument about who gets to lick the spoon when the chocolate lava cake goes in the oven, but that’s for you to deal with. All we can say is bon appétit.

Marché d’Aligre: It’s often said that the best way to get a feel for a country is by visiting its markets. While adults may be on a quest for the best charcuterie or regional goat cheese, strolling around Paris markets also has much to offer for younger eyes and palates. Children will especially appreciate the colorful and busy Marché d’Aligre, in Paris’ 12th arrondissement. Around an indoor market the streets are lined with stalls of colo

rful fruits and vegetables as well as flowers. The market opens early, so head there around nine AM for the ultimate experience. Don’t be afraid to ask to taste before buying as vendors are often more than happy to give children a taste of their seasonal bounty. And don’t let getting up early scare you off: it’s the perfect excuse to stop by neighborhood bakery Blé Sucre for one of the city’s best croissants.

Need some souvenirs? Paris is shopping heaven for adults, so why should it be any different for kids?

Lulu et cie: After a morning stroll at Marché d’Aligre, children are in for a treat at hip boutique lulu et cie next door. The shop’s owner, Céline Marie, sources toys and paper goods from around the world with a playful, retro vibe. Kids of all ages will find something to pick out in the pocket-sized treasure trove, from one-Euro trinkets to larger toys. With advance notice, lulu et cie can have plates monogrammed with simple and beautiful designs of birds on a wire and a child’s name. We know a perfect souvenir when we see one.

Chantelivre: Every parent’s dream upon returning from a trip to France is that his or her little one will embark on the long road to learning French. If your children express interest in learning something beyond bonjour and merci, a few beautiful picture books about Paris might tickle their fancy. Chantelivre — a Paris institution — is a bookstore and general wonderland for kids of all ages. History books lay beside adventure stories and picture books half their size. The store boasts an extensive selection of titles for children about France and Paris, a great way to prolong the memories of their trip once you return home.

Last but not least, Paris also has its curiosities. This one is somewhere between shopping trip and museum visit.

Deyrolle: Want to test how many times your children can utter “Wow” in less than a minute? Head over to Deyrolle, Paris’s famed taxidermy emporium. That’s right — real stuffed animals, and whether your kid is into jungle beasts, butterflies or woodland fowl, he or she is likely to see it here. A stone’s throw away from Ladurée (macarons, anyone?), stepping into Deyrolle is like traveling through time into a nineteenth century explorer’s study. Each room has an extensive menagerie, from a huge bear standing tall to a sly-looking cheetah, and other smaller species. In another room, pinned stag beetles and iridescent butterflies are for sale, not to mention a few hairy tarantulas. Posters depicting vintage classification charts can be purchased to bring some French adventurer flair into a young explorer’s room: a safer bet than a stuffed alligator.