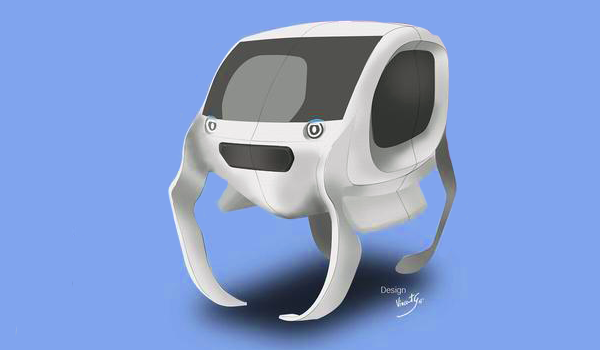 Alain Thébault’s experimental “hydroptère” has traversed the Pacific, breaking nautical speed records along the way, and now Mayor Anne Hidalgo wants to bring his latest hydrofoil invention, the SeaBubble, to the waters of the Seine.

The SeaBubble was conceived when the trimaran captain was challenged by his daughters to make himself useful solving a problem they were noticing on urban waterways. “They told me to invent a zero-emission cab because they were sick of seeing the pollution” in cities like Paris.

Henri Seydoux, CEO and founder of Parrot, an investment group that focuses on wireless and automated products, has taken an interest in the craft and is financing development. Anne Hidalgo, for her part, wants Paris to become the first city to employ the SeaBubble—the city will host demonstrations of the prototype (once it’s completed) in June. Production is expected to begin in 2017.

One design kink Thébault still has to work out: how to make boarding easier, so that even a woman in a tight skirt and high heels can embark, according to Le Figaro. He’s also hoping to make things a lot simpler for SeaBubble drivers—by getting rid of them entirely. “At the start, there will be drivers, but quickly, our vehicle could become driverless.”