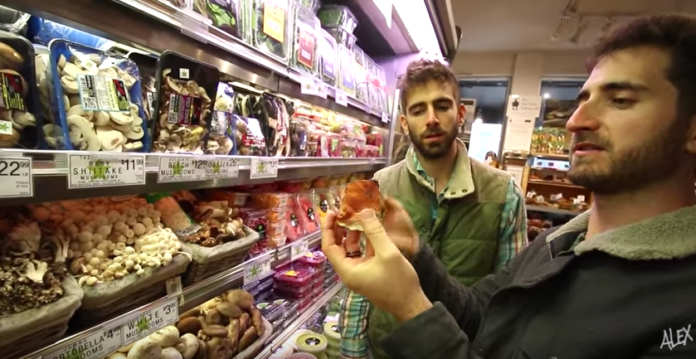 Are Parisian chefs different than chefs in New York City?

Alex Gabriel, a local Parisian and owner of the much-loved French Guy Cooking YouTube channel, took an exploration in NYC to find out. Besides trying to find the best NYC pizza and explore the incredibly diverse food culture of the city, Gabriel met up with Josh and Mike Greenfield, of the Brothers Green YouTube channel. Natives of Philadelphia, the Greenfield brothers now live in Brooklyn, where they film all of their food adventures, creating fun and easy recipes for cheap.

Together, Gabriel and the Greenfield brothers explored some of the best places in New York, going shopping and making a stop for doughnuts (at Douhnut Plant and Dough Doughnuts, some of the best places for doughnuts in NYC) while discussing how Parisian cooking, shopping, and eating differs from that in New York. While American eating in general varies from place to place and is a lot different from France, the differences between Paris and New York are much more subtle.