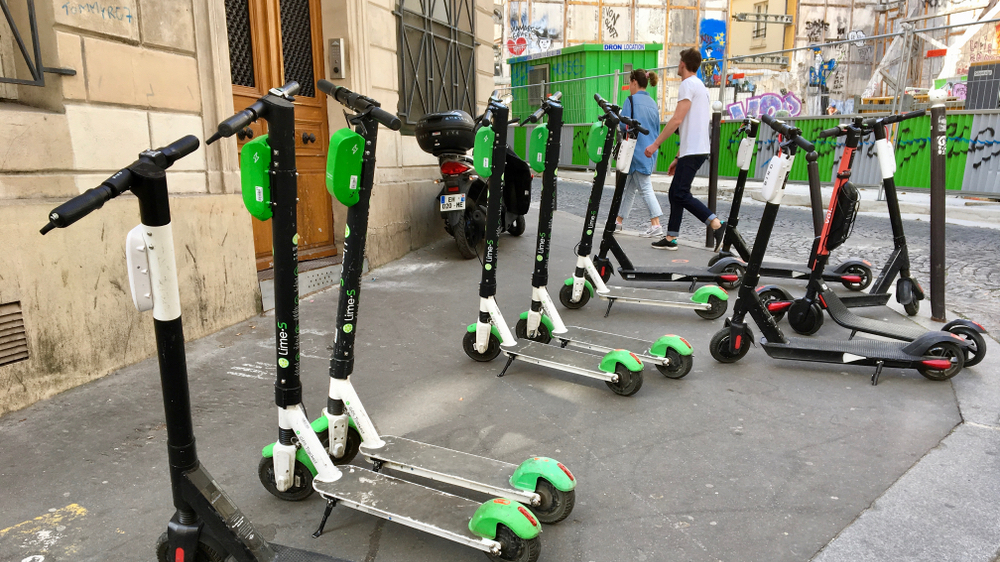 All the people who have been hit by someone driving an electric scooter on a sidewalk (including myself) are collectively letting out a sigh of relief: finally.

On Saturday, in an interview with Le Parisien, France’s Minister of Transport, Elisabeth Borne, announced her plan to ban electric scooters from sidewalks in France starting in September. Anyone caught violating the sidewalk ban on “motorized personal transport equipment” (EDPM), which includes monowheels, gyropods (e.g., Segways) and hoverboards, will be fined 135 euros ($151).

Rentable floating electric scooter options in the city have gone from 0 to at least 15,000 in Paris alone in the last year, with the number expected to rise to 40,000 by the end of 2019. Though the scooters have provided citizens with a new mode of eco-friendly transport, they have also been crowding sidewalks and accidents with pedestrians have been multiplying.

Under the new decree, electric scooters and the other affect EDPM options will have to be used in bike paths and on roads where the speed limit doesn’t exceed 50km/h.

Prepared by the Ministries of the Interior and Transport, the decree will be presented to the National Standards Assessment Council and then the State Council.

New rules for vehicle speed will be established by the decree as well. It will be unlawful to ride on a EDPM with a speed above 25km/h (15.5mph). (This comes after a video surfaced of a man riding a motorized scooter at 85km/h (52.8mph) on a highway in France.) They will also be prohibited from non-urban areas unless there’s a cycle path or dedicated greenway.

Additional safety measures will be implemented as well. Required helmets for children, no headphones, no transporting passengers (i.e., not more than one person per vehicle), and all machinery must be equipped with a bell, lights on the front and back, brakes, and an audible warning device (i.e., a horn).

The move comes about a month after Paris Mayor Anne Hidalgo announced a city-wide fine of up to €135 for the same act. Just days after the ban was announced, police were already handing out tickets.

Hidalgo has also promised to address the problem of electric scooters being left on sidewalks, by building 500 dedicated parking spots by this summer and allowing municipal workers to pick up any scooters parked illegally and hold them until the company that owns them pays a fine of €35 per machine.

The decree proposed by the Minister of Transport doesn’t include anything about parking.