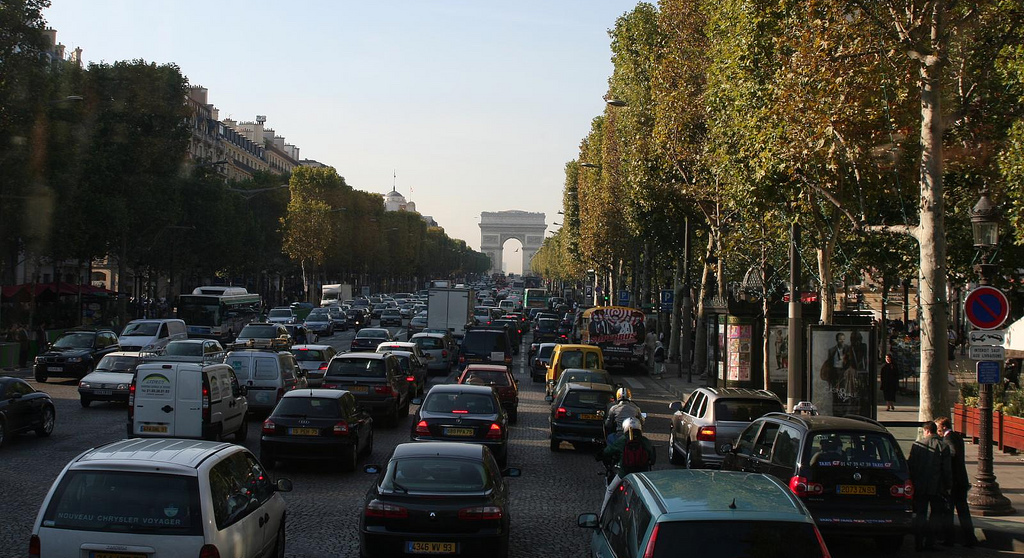 Paris Plans to Phase Out All Non-Electric Cars by 2030

First it was a plastic bag ban, then Make Our Planet Great Again (#MOPGA). They’ve taken on a leadership role in the Paris Climate Accords, and have a plan to be carbon neutral by 2050. On Thursday, France put the United States’ environmental initiatives to shame again, this time by calling for an end to gasoline-fueled cars in Paris by 2030.

The elimination of gas and diesel vehicles from the road is a part of the Paris Air and Energy Climate Plan, and Paris’ greater plan to be carbon neutral by 2050. The plan’s rollout did not happen without a hitch though; following media reports that there would be a ban on gasoline cars, the mayor’s office released a clarifying statement:

“No measure of prohibition or sanction is included in the new Paris Air and Energy Climate Plan. In order to achieve the goal of an end to the thermal engines in 2030, the City has decided to invest in the development of alternatives and in the reinforcement of financial aids that allow individuals and professionals to buy clean vehicles.”

The statement went on to reassure its inhabitants that the transition will be easy. It emphasized plans to improve public transportation through the construction of the Grand Paris Express and the development of bike routes. They point out recent announcements by automakers to “invest in electric vehicles and gradually withdraw from diesel and gas.” (Though, according to city authorities, 60% of Parisians don’t own a car.)

Paris Mayor Anne Hidalgo has been launching these kinds of environmental initiatives and emission-cutting policies for a while now; it’s become sort of a signature issue for her. She and her predecessor Betrand Delanoë have pushed for other kinds of transit (public, electric, by bike, etc.), resulting in a 30% decrease in city traffic over the past 10 years.

After years of pro-alternative transit initiatives, Hidalgo’s attention now seems to be turning to anti-gas-and-diesel transit policies. Designated car-free areas have been established throughout Paris, as well as car-free days, of which there have already been three, the most recent on October 1. Former mayor Delanoë banned cars made before 1997 for their high emissions levels in 2014, and the city intends to eliminate diesel cars by the beginning of the 2024 Paris Olympics.

On the state level, France is on board with Hidalgo’s efforts. The country will ban the sale of diesel and gas vehicles by 2040, and hopes to be carbon neutral by 2050.

The end of gas-fueled cars is not yet carved in stone. The Council of Paris will vote on the climate plan in November.