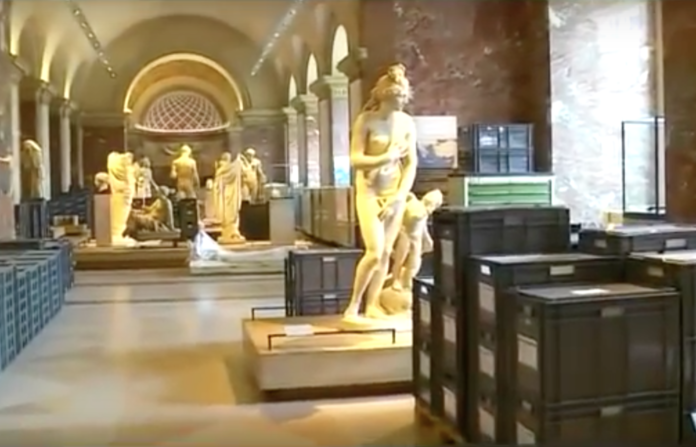 Extreme flooding of the Seine river in Paris has caused more than just traffic problems. Workers at the Louvre museum, which houses some of the oldest and most valuable art and historical artifacts in the world, had to work hard in order to ensure that none of the art inside the museum would get damaged.

While the Louvre is usually packed with visitors from around the world, it became closed down during when the flooding began to become a more imminent threat, allowing staff to pack up all the artifacts on the lower floors which includes floors full of Greek and Roman antiquities, Islamic art, and more to move them to the safety of the higher floors of the museum.

Museum workers said that they didn’t expect any damage to happen, but decided to take precautions anyway, just in case. Since then, the water has receded and the museum has been able to reopen its doors.

Wondering what the Musée du Louvre looks like once the doors have been shut to the crowds? Some journalists got a special tour. Watch the video: