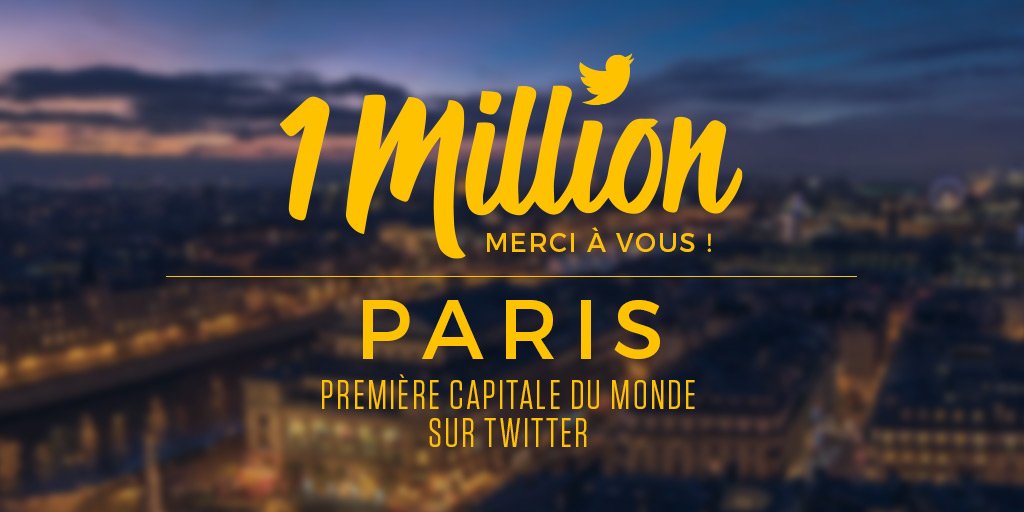 To fête the milestone, the city posted a stunning time-lapse video of Paris on its official site and Facebook account:

And yet, there was still an unfillable void in the City of Light:

.@nycgov 1 million followers, but you don't follow us :’( #sadness #1MillionParis

The Big Apple was quick to respond:

.@Paris – Don’t cry, City of Light. We are now following you. Let’s celebrate this around the trendiest meal in Paris. ? ? #1MillionParis

But, for some reason, Paris felt the need to poke the Giant That Never Sleeps:

.@nycgov well, thanks for the recipe. But one day, French burgers will run the world ?? ? ?? .#1MillionParis

Recipe? Whatever that mean, New York City was having none of it:

.@Paris – #WouldYouRather have 1 million followers or have the best burgers?

Paris was quick to demure:

.@nycgov hmmmmm, it’s a delicate question, we need some time to answer you ?. #1MillionParis

We at French Morning, in our established capacity as adjudicators of transatlantic culinary disputes—evidenced by the Baguette Battle—offer our services to the two warring cities, both of which we call home.