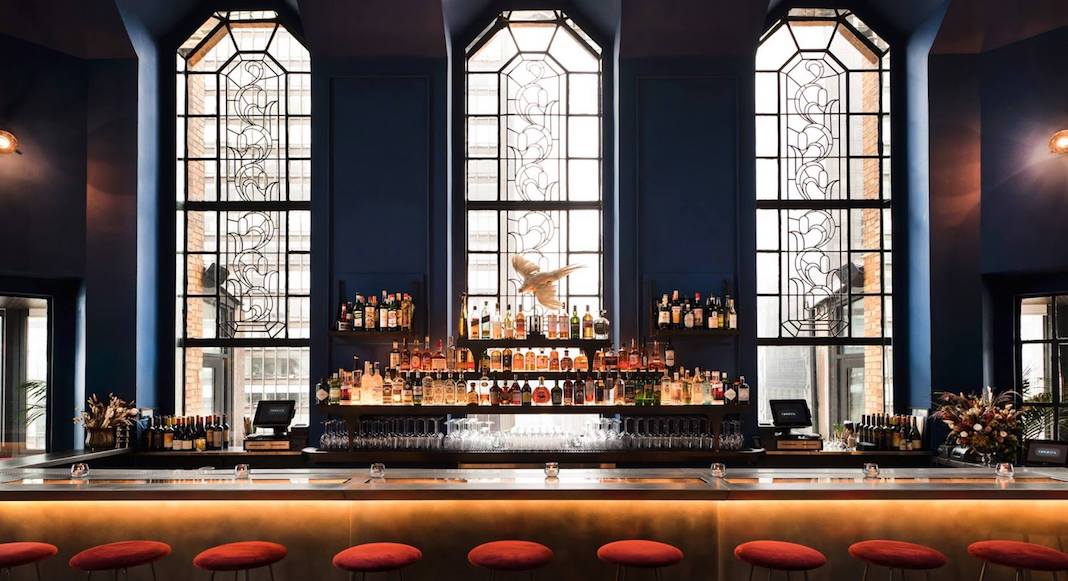 The Paris American Club, founded in 1940 by American expats fleeing Occupied Paris, takes its inspiration from Benjamin Franklin’s Sunday dinners in Passy, where he gathered Americans and French guests around his table while soliciting support for the American cause at the Court of Versailles.

The highlight of their social season is the Soirée d’automne, on Tuesday, November 6th at Ophelia, from 7pm to 10pm. Around an open wine and beer bar, dine on hors d’oeuvres of avocado toast, lobster spring rolls, pork belly sliders, truffle-oil fries, plateau de fromages, charcuterie and crudités.

Built in 1928, this iconic art deco tower on the East River was originally known as the Panhellenic Tower, where it served as a women-only club and hotel space for the national Greek-letter sororities. In 1934 it was rebranded as the Beekman Tower and opened to all.

Ophelia sits atop of this esteemed monument of classic New York architecture, designed by John Mead Howells and featuring sculptures by Rene Paul Chambellan, an American sculptor who studied at the Beaux Arts Institute of Design in Paris and was one of the foremost practitioners of what was then called the “French Modern Style” and has subsequently been labeled Zig-Zag Moderne, or Art Deco.

A muse for New Yorkers, including one-time regular Frank Sinatra, the doors to the 26th floor have once again opened and are now inspiring a new generation.

The club’s goal is simple, promote French-American friendship. Since about half of members are French and half are Americans, there is a good cultural and linguistic exchange across a broad spectrum of professions and ages. The Mentoring Program brings junior and senior members together for personal and professional development.

Join the French American Club at their Soirée d’Automne to experience the club, meet new friends and maybe even make a few interesting professional connections.

View and register for all upcoming activities here.