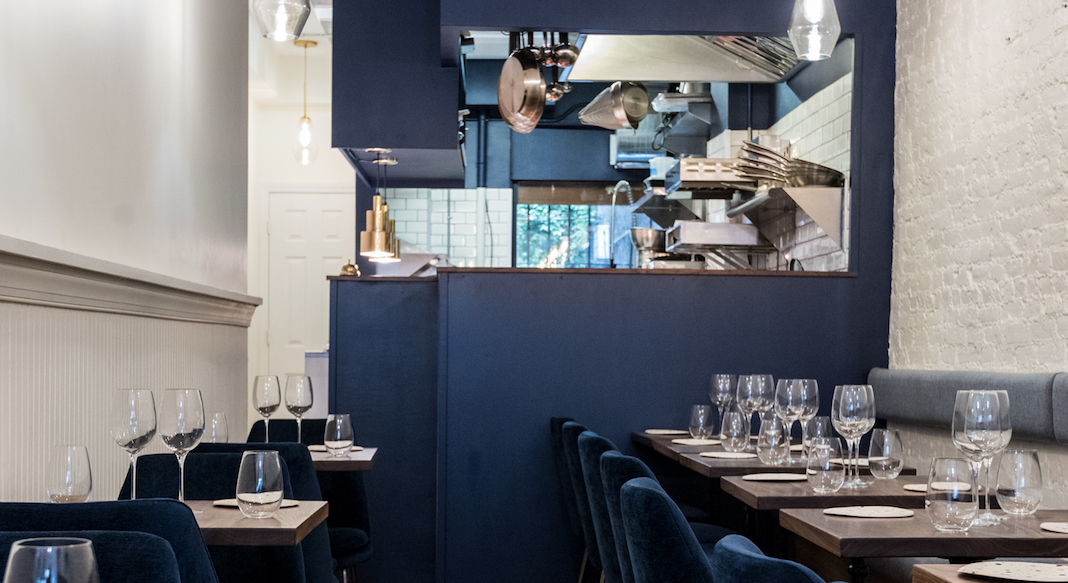 At the beginning of June, the three musketeers Nicolas Thoni, Andréa Calstier and Elena Oliver opened Papilles — a French restaurant in the East Village that’s halfway between a bar and gastronomique restaurant.

“I’ve always wanted to open a restaurant in New York, but it was hard to find the right partners,” says Thoni. The French-Italian mixologist arrived in the United States seven years ago. He started his career as a manager and bartender in bistros like Marché du Sud (now closed) or Mominette in Bushwick. “I wanted to continue in the restaurant business, but I wanted my own restaurant,” he explains.

He was reorganizing the cocktail menu at the Italian restaurant Epistrophy, when he met Oliver, a waitress and caterer, and her husband Calstier, a chef. They became friends very quickly. “I always knew Andréa would be a successful chef,” states the couple’s friend. The newlyweds agreed to be a part of the venture without a second thought.

Calstier, 23, found himself behind the stove at the age of 15. “I realized early on that this was going to be my career,” says the young food enthusiast who trained in several starred restaurants (L’Oasis in Mandelieu-la-Napoule, l’Abbaye de la Bussière in Burgundy…) and began working as a chef at the legendary restaurant, Daniel, in New York.

Oliver decorated the trio’s newly opened restaurant, giving it a cozy, Mediterranean ambiance. Small and welcoming, Papilles serves 22 tables and seats 7 people at the bar. The restaurant has an open kitchen where the chefs can be seen hard at work. “We wanted a rather small restaurant so we could connect with our customers,” explains Thoni.

Papilles’ concept is to have a “vagabond kitchen.” Gone are the traditional French dishes like onion soup and beef bourguignon. Here, cultures are blended together and given a French twist. The dinner menu, which is relatively short, blends unconventional flavors A traditional pistou soup includes a roasted guinea fowl, accompanied by a carrot-bergamot purée or rabbit with a rhubarb-balsamic sauce. For dessert, the creamy calamondin with Breton shortbread stands out. Thoni is in charge of the wine and cocktail menu; all drinks are made with fresh herbs and spices. ” I combined the inspiration I drew from my travels with the rigorous French cuisine,” says chef Calstier. Papilles is open for brunch, lunch and dinner.