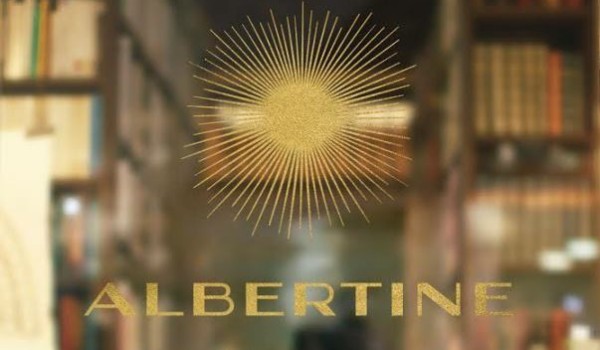 Antonin Baudry slips into a room under construction on the ground floor of the Cultural Services of the French Embassy on 5th Avenue. Half a dozen workers are at the ready to finish Albertine, the much anticipated bookstore that the Embassy will open to the public on September 27. The diplomat sneaks into a narrow staircase, barred by a plastic sheet. Upstairs, a circular painting of the solar system and the Milky Way spans across the ceiling. “It will be moving. When the first people come to see the books, it will really be something”, said the culture advisor, who has developed the project.

Albertine will be the first French and Francophone bookshop since the closure in 2009 of the Librairie de France, at the Rockefeller Center, primarily on account of high rent prices. No less than 14,000 works in French or in the English translation will be available. Among them will be old books, rare or very rare books (the oldest dating from 1571), children’s books (including Babar), classics, new titles…

But not Merci pour ce moment, the book by for French First Lady Valérie Trierweiler which divides bookstores in France. “We will order books that people want. That’s not the problem. But we will not put it on a display” Antonin Baudry points out, insisting on the non-commercial nature of the future space.

Albertine has been slow to arrive. The project, followed by Nicolas Sarkozy himself, was ongoing through the political change of power in France in 2012. Procuring permits delayed its opening, originally scheduled for Fall 2013.

“It will cost the French taxpayer nothing” , assures Antonin Baudry, who explains that the running costs will be covered by the sale of books. Contrary to the Librairie de France, killed by a severe increase of rent, “we don’t pay rent” he mentions, “which is a major asset in New York”. As for prices? “We will try to stick to French prices, to be as cheap as possible by playing on several supply circuits and by negotiating with editors”.

The bookstore will be officially inaugurated by French foreign minister Laurent Fabius on September 26. He will participate in a debate over climate change with Charles Ferguson, the director and producer of Inside Job, the documentary on the financial crisis. Another highlight: the organization of a festival from October 14 – 19, which will bring together French and American thinkers such as the creator of the series Mad Men Matthew Weiner, writer Emmanuel Carrère, mathematician Cédric Villani, the Nobel Prize for Economics recipient Joseph Stiglitz, director Olivier Assayas, and the cartoonist and director Marjane Satrapi.

“We want to be more than a bookstore”, stresses Antonin Baudry, “Bookstores that hold up are not simply bookstores. There will be discussions, book signings, meetings with thinkers, filmmakers … “.

For now, the library will allow Cultural Services to stay at 972 5th Avenue, in a private mansion dating from 1902, at a time when the French state is multiplying the sale of its properties in New York (the apartment of the French Ambassdor to the UN and a townhouse at 1143 5th Avenue). “The building is no longer for sale”, clarifies Antonin Baudry, “Giving it a new life, a breath of fresh air is something that eternalizes it. We’ve gone from an administrative building, closed, to a place of culture open to the public. It’s a validation of the heritage of the French state.”