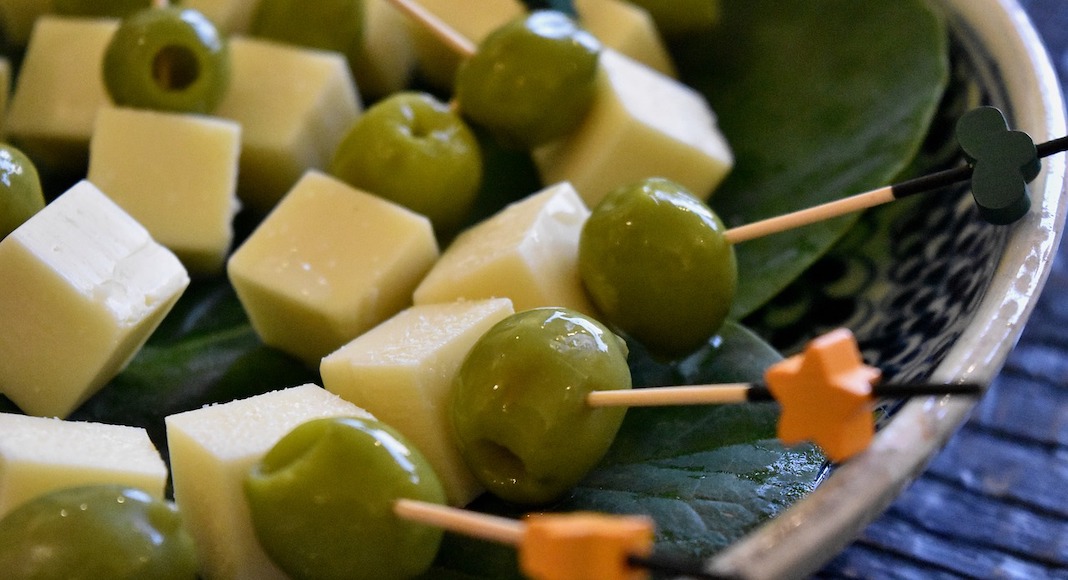 Olives, roasted coffee, instant coffee and pasta are the most everyday items on the new list of products facing tariffs, which also features less buzz-worthy goods like metals and chemicals.

Several other cheeses have also been added to the already long list of 40 types of cheeses affected by the proposed tariffs, including fresh (i.e., unripened/uncured) “Italian-type” cheese from cow milk; edam and gouda; romano, reggiano, provolone, provoletti, sbrinz and goya cheese made from cow milk; “Gruyere-process” cheese; processed cheese made from sheep’s milk; blue-veined cheese “in original loaves”; and some other processed cheeses.

Waffles, wafers, and whiskies (Scottish, Irish and otherwise) also feature on the new list of goods that would be affected by the tariffs.

The Trump administration isn’t the only government levying tariffs though. After the U.S. released its proposed list of tariffs in April of this year, the E.U. retaliated by releasing their own list of 390 American-made items that would face trade penalties of 20 billion dollars.

Though it may seem like E.U. is just joining the list of countries President Trump thinks have unfair trade practices with the U.S., the conflict began during the George W. Bush administration.

Since 2005, the U.S. and the E.U. have been accusing each other of illegally subsidizing their competing aircraft companies, Airbus and Boeing. Both Washington and Brussels have been found guilty of providing unfair subsidies — the E.U. in May 2018, the U.S. in March 2019 — and criticized for their behavior by the World Trade Organization (W.T.O.).

The U.S. estimates that the E.U.’s subsidies cost the U.S. 11 billion dollars of damage to Boeing per year. The loss, according to the U.S., justifies the tariffs on E.U. goods. The E.U. has already challenged the U.S.’s loss estimates and filed a complaint with the W.T.O.

While awaiting the W.T.O.’s report to be published this summer, which will decide the legitimacy of the purported loss of 11 billion dollars, the Trump administration is trying to put pressure on Europe by threatening to put import tariffs worth the same as the loss on its goods. If the loss is deemed legitimate, the Trump administration will put the tariffs into effect.

The E.U., for its part, told The New York Times in an email that “the figures quoted by the U.S.T.R. are based on U.S. estimates that have not been awarded by the W.T.O.”