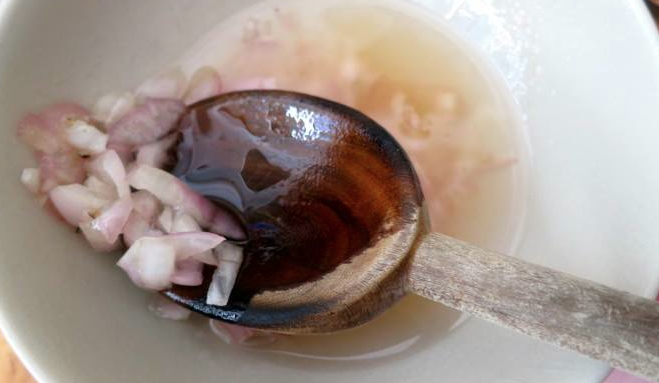 Refinement, richness, flavor — French cuisine is famous for many things, but simplicity is not one of them. If you love to cook, you probably own at least one French recipe book with gorgeous pictures of complex dishes you’ve never had the time or ingredients to attempt.

Enter The Everything Easy French Cookbook, a guide to French home cooking by Los Angeles-based journalist and food blogger Cecile Delarue. “Think of it as an instruction manual,” the author told French Morning over coffee at the Bourgeois Pig in Hollywood, “this is no coffee table book. It’s the one you reach for so often that the pages are stained with food and filled with notes.”

Delarue hails from the birthplace of traditional French cooking, the Loire Valley. “Both of my grandmothers were farmers,” she says, “they had to cook simple meals that would feed a lot of people and be hearty and delicious.” When she moved to the US four years ago Delarue found herself craving that kind of food, and — from beignets to rillettes — if she wanted it she knew she would have to make it herself.

As she perfected her own repertoire of simple and delicious French recipes, Delarue found herself wanting to share them with her American neighbors and her food blog French and Parfait was born. Each entry, addressed to “My poor non-French people,” has a sarcastic tone that mocks the American perception of the French lifestyle as perfect. “The French lifestyle is easy,” says Delarue, “French people cook a lot and my blog is about the recipes I make at home.”

As for her book, the author says it contains “recipes that I think French people would miss if they came to live in the US.” Hachis parmentier, quiche Lorraine and boeuf Bourgignon are three of the 300 recipes included in The Everything Easy French Cookbook. Delaure says they are examples of  “easy dishes that French people make at home in 15 minutes or half an hour.”

Written for an American audience, the measurements and temperatures will feel familiar and even the ingredients shouldn’t be a problem for anyone living in proximity to a well-stocked grocery store. “Americans are obsessed with good food now,” says Delarue, “You can find good mustard, good cheese,” although she admits she has found herself coming home from recent trips to France with her suitcase full of espelette pepper and orange blossom water.

For Delarue, eating like the French means above all taking the time to simply enjoy food. “I had a nun who taught me in Catholic school as a child,” she says, “She told us the most important thing about having people over for dinner is not having a very clean house or very impressive food, but simply being ready to spend time with them.”

For that kind of dinner, the delicious, no-fuss one-pot meal is essential — not to mention a breath of fresh air for anyone who has ever felt intimidated by French cuisine.