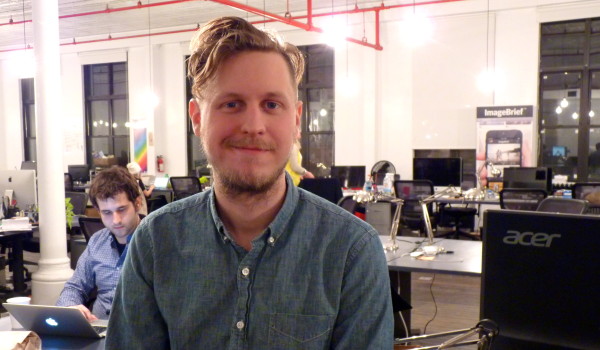 Facefeed: a New Chatroulette that’s all about the Selfie

What do you get when you combine a string of selfies posted by strangers, a dating site and a cruel popularity ranking list?  Benjamin Broca calls it Facefeed.  The new mobile app (iOS), released late February by the Frenchman, enables users to scroll through photos of people at random and contact them privately. Each person is also ranked according to his/her rate of interaction with Facefeed’s community.

“The aim is to facilitate communication with a wide range of people.  It’s very casual.  Users have been responding positively so far.  In just two weeks, 500,000 selfies have been uploaded on Facefeed,” states Broca.  The 28-year-old engineer launched his small start-up, Now Labs, in a coworking space in the trendy Lower East Side.

Another element that sets this site apart is that users cannot modify or retake their pictures, which are directly uploaded onto the site’s photo thread.  “Most of the selfies would have been deleted.  People sometimes make strange faces and photos are oddly centered, which makes them very authentic,” explains Broca.  When asked if his app isn’t a hunting ground for all types of misuse, as seen with Chatroulette, he states that although there have occasionally been some “problems”, their team makes sure they are kept in check.

An alumnus of France’s prestigious engineering school, Centrale, as well as Columbia, Broca worked as a trader for two years at Barclays Capital in New York.  In December, 2013 he carried out a fundraising campaign that brought in $1 million, which he raised not for Facefeed, but rather for Context, a photo-messaging application he launched in September, 2013.  Six months after its launch, Broca realized that although Context was working, it wasn’t a huge success.  “On the other hand, we have users that are well-established in the tech industry.  Mark Zuckerberg is one of them, as are quite a number of people from Airbnb.”

In 2012, Broca created yet another app called Now, which finally convinced him to trade in his banker’s suit for the jean-and-sneakers-wearing look of a start-up CEO. Available on iOS, it enables users to track the latest events taking place near them based on Instagram data.  “Now has had a successful launch, with 150,000 downloads.  But I don’t see a clear business model for now, we need to take it to the next phase,” he admits.

Broca, along with his small company of 4 employees, hopes to make it big with Facefeed.  But where exactly will this app take him, and how can it become profitable? One step at a time.  For now, the happy-go-lucky scruffy Bohemian tech wiz has enough financing to carry him through the coming months securely, and is simply enjoying programming his cyber path.