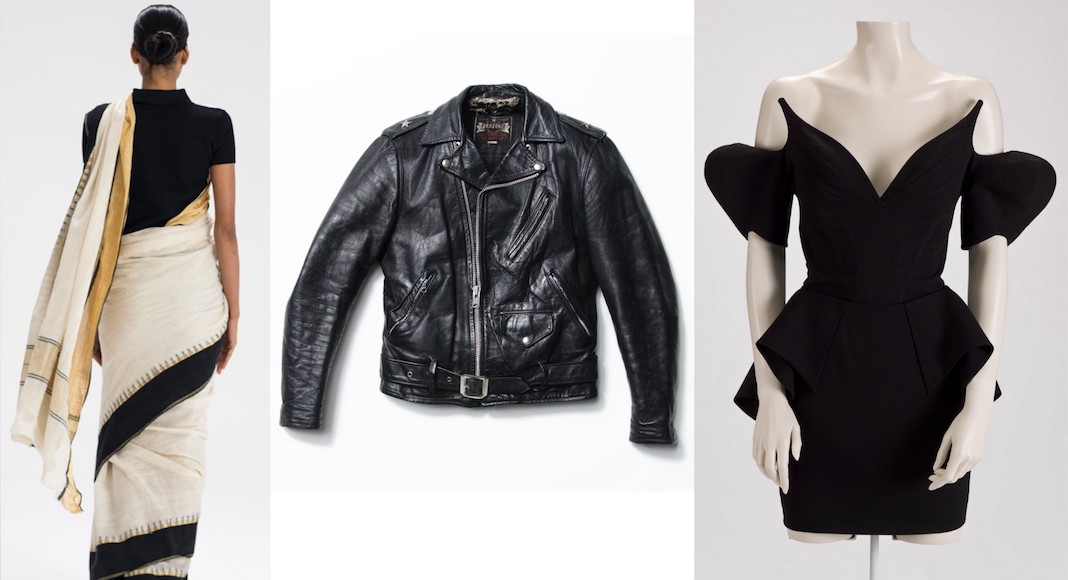 MoMA Presents the Significance of Fashion in “Item: Is Fashion Modern?”

In 1944, MoMA presented an exhibit, “Are Clothes Modern?” Since then, they have not presented another fashion exhibit, until now. “Items: Is Fashion Modern?” presents the 111 most significant pieces of the 20th and 21st century, from a 1947 Levi’s jeans to Lulu Lemon yoga pants.

It started on a Post-It, as many good thoughts do. Senior architecture and design curator Paola Antonelli kept a list of “garments that changed the world,” on a sticky-note on her desk. With the help of an all-female team of curators, an selection of the list became a reality.

Turning their backs on the fashion exhibit trend of displaying the haute couture creations of internationally renowned designers, “Items” goes back to basics, literally. The evolution of the modern-day Little Black Dress is on display, starting at the beginning with a Coco Chanel’s straight, calf-length dress, moving through Christian Dior’s femme-fatale look, Givenchy’s short, edgy version, and into an LBD made by a 4D printer. Including the pieces used to show the evolution of 111 garments and accessories, the show features some 350 articles.

There’s no need to be disappointed by the absence of massive glamorous evening gowns that are only worn to the Met Gala. The power of the pieces lies in their context. Most notably, a red Champion Hoodie from the 1970s hangs in bold contrast against a black wall, alluding to Trayvon Martin, an African American teenager killed in 2012 for looking “suspicious” in his hoodie. Colin Kaepernick’s jersey, t-shirts for feminism and the AIDS movement, and patriotic lapel pins are featured in the exhibit as well.