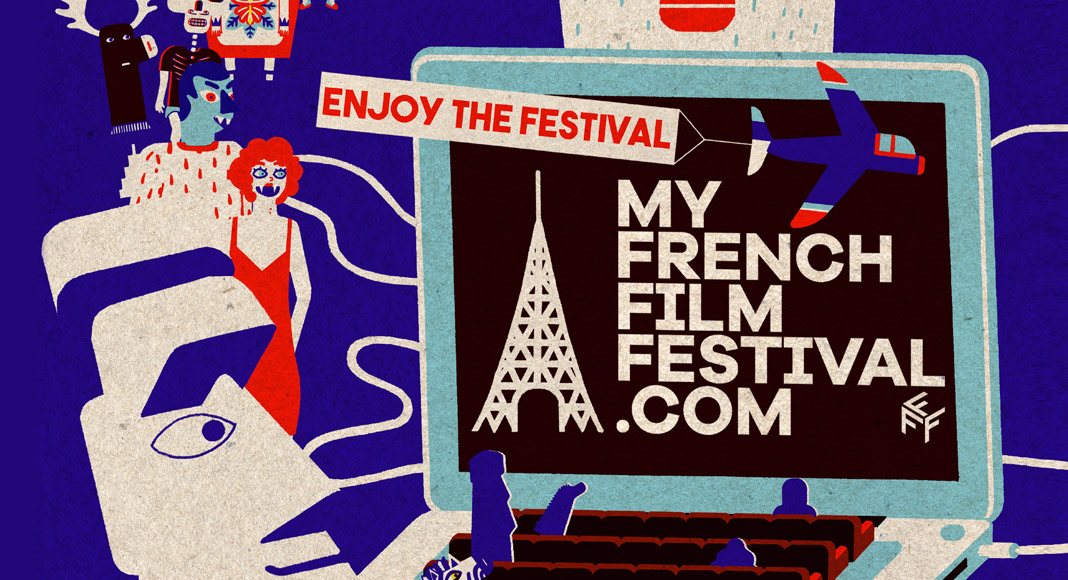 Comedies, romances, dramas, documentaries, animation, and virtual reality… MyFrenchFilmFestival offers a selection of films for discovering contemporary French cinema. And all this, without having to leave your sofa! A bargain for amateur fans of the seventh art – small and large – confined for so many months.

33 films are on the program of this eleventh edition. To discover them, there are two options. The first: connect directly to the dedicated platform, MyFrenchFilmFestival.com. The second: choose a VOD platform from among the 60 that stream the festival, like Apple TV, Amazon Prime Video, or Google Play. Short films are free, and you will pay €1.99 for feature-length films, or €7.99 to view the entire collection.

Ten feature-length films and ten short films are also in competition. The winners can receive a Grand Jury Prize, an International Press Prize, and a People’s Choice Award. Cinephiles and journalists have been carefully chosen to determine the winner. With the last award, it’s the vote of online spectators that will be taken into account. Results will be announced at the completion of the festival, February 16, 2021.

A selection of diverse themes

The 2021 festival is organized around categories that reflect the diversity and vivacity of French cinema. Below are the details you’ll need to make your choice of viewings.

3. True Heroines celebrates woman through portraits of their lives. These include “Camille” by Boris Lojkine, “Kuessipan” by Myriam Verreault, “Filles de joie” by Frédéric Fonteyne and Anne Paulicevich, “Filles bleues, peur blanche” by Marie Jacotey and Lola Halifa-Legrand, and “Motus” by Élodie Wallace.

5. In the category On the Road, “Les Héros ne meurent jamais” by Aude Léa Rapin, “Josep” by Aurel, and “Clebs” by Halima Ouardiri address the migrations of those fleeing international conflicts.

6. Love is love places in front of the projectors one documentary and three short films that question love: “Madame” by Stéphane Riethauser, “Beauty Boys” by Florent Gouëlou, “Friend of a Friend” by Zachary Zezima, and “Miss Chazelles” by Thomas Vernay.

Finally, the last section, New Horizons, devotes itself to new forms of filmmaking and writing, with “Odyssey 1.4.9,” “Saturnism,” and “Recording Entropia.”

The different films will be broadcast around the world. The Festival recorded 12 million views in 2020, and expects, during the pandemic, a welcome at least as enthusiastic.