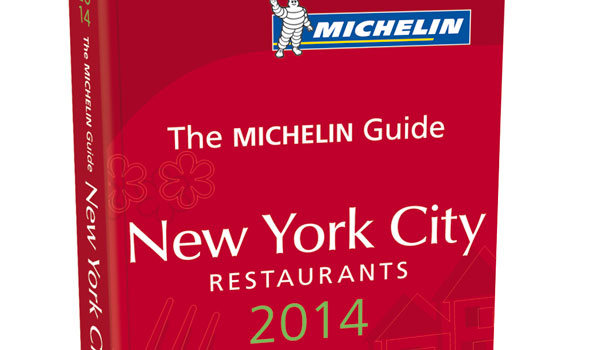 The 2014 Michelin Guide Keeps Daniel, and others, at the Top

The Michelin Guide 2014 was released with no changes at the top: the seven same restaurants kept their three-star rating.

The Michelin’s verdict on Daniel was much anticipated, since The New York Times downgraded the Upper East Side French restaurant from four to three stars. Last weekend, the chef and owner Daniel Boulud told French Morning that “nothing had changed at [his] restaurant and that [he] would do everything to prove it.” Michelin inspectors seem to agree: they once again awarded him three stars.

Pete Wells, the New York Times food critic, felt he got extra attention as a critic. “It’s a problem we don’t have: our inspectors are all anonymous and have applied the same rules for 100 years,” said Michael Ellis, International Director for Michelin Guide.

The 2014 edition is a conservative one: just seven restaurants earned the three-star rating — the same as in 2012 and 2013: Daniel, Per Se, Masa, Le Bernardin, Eleven Madison Park, Jean Georges and Chef’s Table at Brooklyn Fare.

There is only one new two-star, Jungsik, in Tribeca. “The chef, Jungsik Yim, is the perfect example of the new generation: he gives a very personal cuisine, mixing his Korean roots with his European training and New York modernity”.