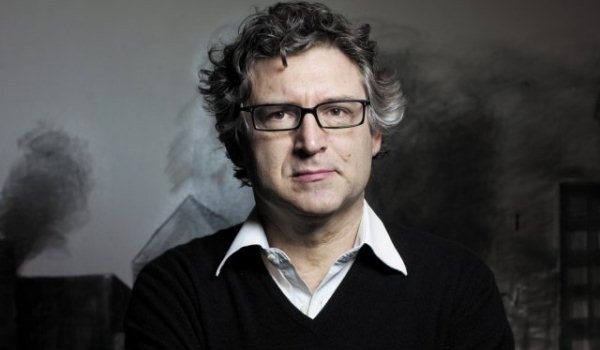 Often rebuked by Parisian critics who scorned his best sellers, Michel Onfray is truly delighted as he prepares to make his way across the Atlantic to meet with the French-American public.  “When [I’ve spoken] at conferences in the United States, I’ve been told that the reasons why it was tough for me in Paris were the very ones that had brought me respect and even solid support across the Atlantic,” says the philosopher.  Onfray is scheduled to be in Los Angeles on October 23rd, in San Francisco on the 24th and in Washington  D.C. on the 29th to introduce his latest book, L’Ordre Libertaire : La Vie Philosophique d’Albert Camus,  in commemoration of the centennial of the writer’s birth.

“In France, I’ve been criticized for having readers, an audience (…), for having become who I am away from Paris, without Paris, for remaining faithful to my father who is a farm worker, and my mother who is a housekeeper, through my theoretical and concrete political commitments; for instance, the creation of a ‘people’s university’ run by volunteers in Caen.”

Onfray maintains that he wrote L’Ordre Libertaire… because he ”wanted to right a wrong [meaning Camus this time].”  It was sparked from “a conversation with someone who was saying outrageous things” about Camus and Algeria.  ”Without realizing it, she began caricaturizing him, as Sartre did in his day, to give him a bad name: Camus the high-school philosopher; Camus the theorist for Algeria’s white working class; Camus, defender of colonialism; Camus, boy scout of Christian morals, etc.  I wanted to write a book about the politically-minded Camus to demonstrate that he incarnated a libertarian socialism for which, because of his socialism, he was criticized by the right wing and, due to his libertarian nature, he was criticized by the Marxist, Communist and Sartrien left, which at the time monopolized the intellectual field.”

“Camus is relevant to all periods and all places.”

In the United States, where Camus’ The Stranger is one of the most studied French novels, Onfray believes that it is Camus’ universalism, above all, that resonates with the American public.  “Camus is relevant to all periods and all places.  He spoke, speaks and will continue to speak to everyone forever.  He wonders how we can make any sense out of our lives when God doesn’t exist and, consequently, the law is laid down by the absurd.  He is a herald – and a hero – of liberty and justice; he cannot conceive of one without the other.  He pushes to the utter extreme the magnificent idea that there is never a good reason to inflict death unto a man,” he explains.  “He refuses to abide by governing powers that take away liberty and justice; in other words, all the time, because this is the temptation of all power, even if it is democratic.”

For the philosopher, such ideas are still entirely applicable in today’s world.  “As long as there is misery, poverty, humiliation, in other words always, there will constantly be an absolute need to fight for Camus’ ideals.”