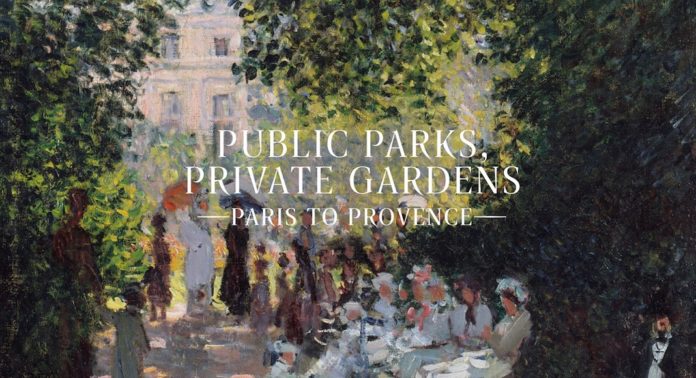 From Claude Monet’s Giverny gardens to Pierre-Auguste Renoir’s social outings in nature, French artists have left their mark in the world of landscape art. The Met puts the best of France’s greenery-focused art on display in their exhibit “Public Parks, Private Gardens: From Paris to Provence” from March 12, 2018 to July 29, 2018.

The era in focus is the 19th century, when France experienced a horticultural boom. The monarchy had ended (again) which returned royal (and therefore private) properties to the public. Haussmann had done his work, turning Paris into a city of leafy boulevards and green spaces. It was a time when new types of flowers were arriving in shipments and the popularity of gardens was booming. Everything was coming up roses.

The exhibit of some 150 works features photographs, paintings, and even a few vases.