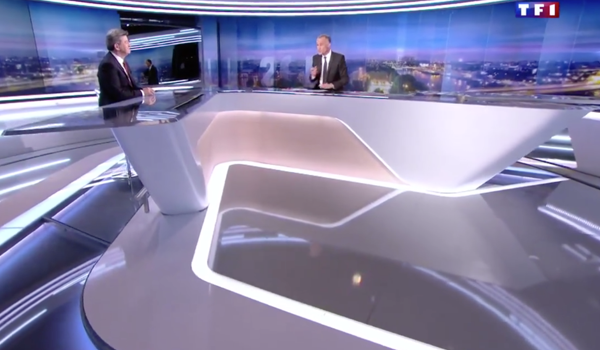 Jean-Luc Mélenchon has officially announced that he will run for the French presidency in 2017.

The “hard-left firebrand,” as The Guardian calls him, garnered 11.1% of the vote in the first round of elections in 2012, coming in fourth overall after Hollande, Sarkozy, and Marine Le Pen, whose Front National bid landed her 17.9% of the vote.

On Thursday, February 11, 2016, in a video on his website and Facebook, Melenchon told the world he was coming: “This election can be a chance for the people. It is the opportunity to turn the page peacefully and democratically on an unfair and cruel system our country and continent are sinking into.”

Mélenchon announced his bid on what appeared to be the bridge of a spaceship. He told TFI that he would fight for a proud, rebellious France.

Mélenchon’s press release dives straight into refusing the new Transatlantic Trade and Investment Partnership between the EU and the U.S., saying that “this is an opportunity to peacefully and democratically turn the page of the cruel and unjust order in which our country—and our continent—is sinking.”

“Our people will be deprived of all power to solve our problems,” he continues, calling the lack of power the “root of all our miseries.”

A poll released this week has Mélenchon only 3% behind Hollande (13%) among liberal voters when asked who the best presidential candidate is for the left.

“I call on the peaceful, the tolerant, the secular, who reject all religious fanaticism, isolationism, and racism,” the press release continues. “We want to live in a society that is… human. A society in which the Republic, brotherhood, art, culture and knowledge, research and leisure would be liberated from the obscene realities of the marketplace.”

With Mélenchon’s entry into the presidential race, the 2017 elections are shaping up to look very much like the 2012 election, with potentially very different results.