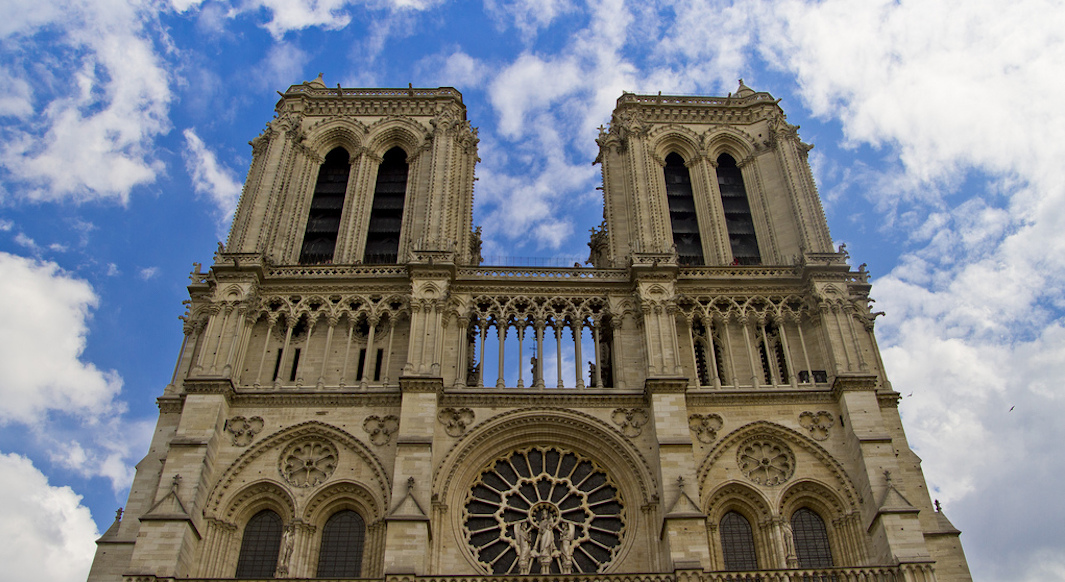 It was well before April 15, 2019, well before the livestreams of the Notre-Dame de Paris Cathedral burning and the global outpouring of support. For more than three years, Michel Picaud, president of the Friends of Notre-Dame de Paris foundation, had devoted most of his time to trying to raise money to restore the cathedral “which was very deteriorated in some places.”

“I have heard all kinds of excuses, especially from large French companies and foundations that told me ‘you can’t give to a church; France is a secular country, we’ll be reprimanded for it.’ Today, the same people are announcing that they’ll give tens of millions of dollars!” But Picaud isn’t bitter: “Even if it took the fire to get us to this point, it’s wonderful to see how much people love the cathedral. We’ll need all these new donors to rebuild, especially on this side of the Atlantic where Americans probably understand better than the French that it’ll be necessary continue [to give] beyond this surge of emotion.”

The Friends of Notre Dame foundation was created two years ago with American donors leading the cause. The idea came from an American art history professor, Andrew Tallon, who suggested to Cardinal Vingt-Trois, then Archbishop of Paris, that donations be used to restore the cathedral because the participation of the State, which owns of the cathedral, had been largely insufficient. Picaud then became the volunteer president of the new foundation and, with his experience as a former director of international companies, set out to attract American philanthropists. “In the first full year, in 2018, we raised a total of €3.2 million, half of it in the United States, from 700 donors,” he said.

This sum made it possible to launch the renovation plan, which would take ten years and $150 million, collected through private donations and government funding. “Since April 15, the order of magnitude has changed completely,” noted Picaud. In the United States alone, the number of donors has swelled to 10,000 in two weeks. With mega-donations announced in France, the almost $1 billion already pledged should make it possible to rebuild the cathedral without difficulty, “but the challenge now is to make this renewed passion for the building last, because after reconstruction we’ll have to ensure it gets the maintenance and renovations that must be done on an ongoing basis. Ideally, an additional $1 billion should be raised to create capital [endowment].”

This is why Picaud came to the United States at the beginning of May, and why he’s meeting with all the potential donors. Some, impressed by the scale of donations from billionaires and large French companies, wonder if the cathedral still needs their dollars. “But they understand very well when I explain to them the long-term challenge, the maintenance.” And then, thanks to this swell of emotion caused by the fire, “the doors open more easily, you’re welcomed everywhere. My role at the moment is to keep this flame alive, to explain the role of the foundation to those Americans who are interested in the cause, but also want guarantees on the effectiveness and use of funds.” And here, adds the volunteer president, the Foundation has some strengths: “We have practically no operating costs. The entire Notre-Dame fundraising team is in front of you,” he said, referring to himself and André Finot, in charge of Notre-Dame’s communication, who is accompanying him on his American trip.

To waste no time, the foundation will increase the number of fundraising events in the United States in the coming months, for example, in Boston at the beginning of June and in New York, at Christie’s on June 4 and 5 where the wealthy clients of the auction house will be solicited for donations. Then come events in Washington D.C. and Chicago. “And everywhere, the fact that we now have 10,000 active donors, and no longer only 700, will be a tremendous asset in the long term,” just like the willingness to help shown in France for the launch of the reconstruction project. “There are already 130 workers working 7 days a week, and there will be 300 starting in July.”