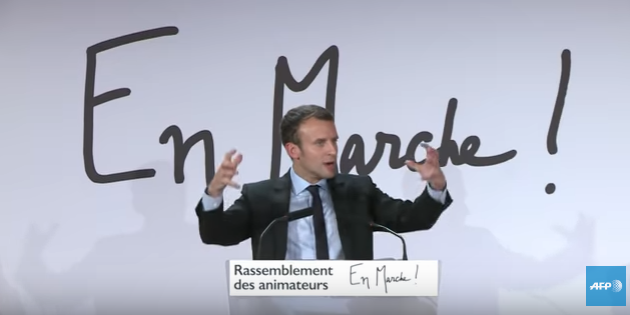 Recent polls have shown that France’s youngest presidential candidate, Emmanuel Macron, is becoming a serious contender in the French presidential election, which is set to be one of the most influential events of 2017.

But, for those of us looking at the election from outside of France, Macron is a name some of us may not have heard of yet.

A former investment banker, Macron was appointed Minister of Economy, Industry and Digital Affairs in 2014, but resigned last August to announce his presidential bid. Running as an independent, Macron is the youngest candidate, and is running solely with the backing of his political movement, En Marche!. Despite lacking a political party to ground him, Macron’s message of unity and economic reform is enticing to voters.

For those who are anti-EU, like Front National candidate Marine Le Pen, Macron made a huge faux-pas last week for addressing a conference in English, something that French politicians rarely do since they like to preserve and amplify the importance of the French language.

But according to polls, Macron may still have a pretty good chance in the election: