When the news came out last week that this year’s Nobel Prize for literature went to the French author Patrick Modiano, I knew we were about to be confronted with a classic lost in translation scenario, a perfect storm of cultural ignorance.

In France, everyone has heard of Patrick Modiano. He is considered “beloved”—a relatively rare public sentiment in France, which doesn’t shower broad public affection as easily as Americans tend to. But not only has everyone heard of Modiano, everyone really likes him, and for the most part, anyone who knows how to read has probably read at least one of the over 25 novels (and nearly 40 works) he’s published.

In the United States last week the headline in Time magazine (reliable barometer of highly-educated but perfectly mainstream American thinking) about the Nobel winner was “Why You Haven’t Heard of Patrick Modiano, Winner of the Nobel in Literature.” And in the Los Angeles Times, “Who Is Patrick Modiano, the 2014 Nobel Prizewinner?” was also the title. The Atlantic’s headline explains, “A master of fiction about memory and loss, fewer than half his works have been translated into English.” In brief, not known, and not translated: the key take-aways in the US press about Patrick Modiano.

Time’s answer to why Americans hadn’t heard of the writer wasn’t particularly satisfying—it didn’t tell us anything about what might have gotten lost in translation: how there could be this cultural black hole, how Americans could have missed out on someone who is so meaningful to the French (and, evidently, justifiably meaningful, if recognition by the Nobel Prize is evidence of any kind of importance). Instead, Time wrote, “this year’s choice seemed to have confused even the most well-read. Soon after Modiano’s name was announced, much of the literary world — including critics — took to social media in order to ask, essentially, ‘Who?’

Some of the French retorted that they said the same thing last year, when Canadian short-story writer, Alice Munro, won. But that wasn’t really true, because nearly all of Munro’s books are translated and distributed in France (where she sells well). Only a small portion of Modiano’s are translated into English—one of the very basic reasons the writer might be under-exposed in the United States.

Which begs the question of why the English-language world hasn’t really cared about the Nobel-winner. His books are fluid, gripping, and even popular and accessible. They are big sellers in France. Why are only three of his 40 works translated into English in the US? And why have those three books sold less than 8000 copies all combined?

But there is something that ought to be even more distressing to the French about the politely surprised reactions of the English-speaking world in discovering this allegedly famous writer they’ve never heard of. There is something more troubling about Modiano’s absence from the radar than a mere lapse in the logic of the publishing industry. And it’s the very same reason that the writer is, in fact, so beloved in France. The reason is that Modiano is such an embodiment of what makes the French…French.

Modiano, who claims to have written essentially the same book over and over, has systematically devoted every single one his novels to one period: Nazi-occupied war-time France—a national French obsession. Why World War II is an obsession still today is the topic for another post, but the preoccupation with this period remains intense and inexhaustible. The fact of the national malaise with this period is permanently woven into the fabric of French identity.

In France there is a thriving cottage industry of books and films and documentaries about World War II, about the occupation, the collaboration, about memory. In the United States, even the generation of Americans who might actually remember the war, who might have been born around the same time as Modiano—in 1945—often don’t remember, or don’t really care. It is a fact of history, not identity.

Modiano is obsessed with memory, with reality as remembered and dis-remembered, with the way time works (and as such is the echo of Proust, another French national symbol). This all stems from his personal story, a child born during the occupation of a Belgian mother and a father of Sephardic Jewish origins, who did questionable business within the grey zones of war-time Paris. Modiano is a pure product of this period so constitutive of French identity and has spent a lifetime, and devoted his now Nobel-winning oeuvre, to putting this Frenchness into words.

He is equally, intensely, French in the literary life he’s led, a kind of French ideal of pure letters. He’s been well-known since his first book came out in 1968 when he was just 24, and yet he’s always avoided the spotlight. His close friends and witnesses at his 1970 wedding were Raymond Queneau and André Malraux—both became enormous literary figures—and he has devotedly produced nearly a book a year (the same one!) his entire life. The French love this idea of literary authenticity.

Modiano is also famous for his endearingly awkward public appearances, his halting answers with long pauses on live television interview shows. A resistance or total inability to play the notoriety game that the French find touching, a sign of the pure artist. Last week, French media reported on a short interview Modiano gave the day of the Nobel:

“Where were you when you found out?” the journalist asked.

“I was in the street, walking,” Modiano replied.

So French, the French think. So not at the speed of media buzz, so not interested in being understood, necessarily. The French love the idea of being all about the art and not the commerce. They are proud that Modiano is not preoccupied with any sense of his own literary importance.

In fact, in France, in the social compact between citizen and state, it is the nation’s job to curate its literary importance—not the writer’s. President Hollande, in congratulating Modiano, seized the opportunity to remind the world—which has been so surprised that this writer essentially unknown outside of France had won—that we shouldn’t be the least bit surprised…that the Nobel winner is French: “The republic is proud of the recognition, through this Nobel Prize, of one of our greatest writers. Patrick Modiano is the 15th French person to receive this eminent distinction, confirming the great influence of our literature.”

Really what President Hollande means to imply is “confirming the great influence of our nation.” And maybe it will! Especially now that the world has finally discovered who this Frenchest of French writers is… 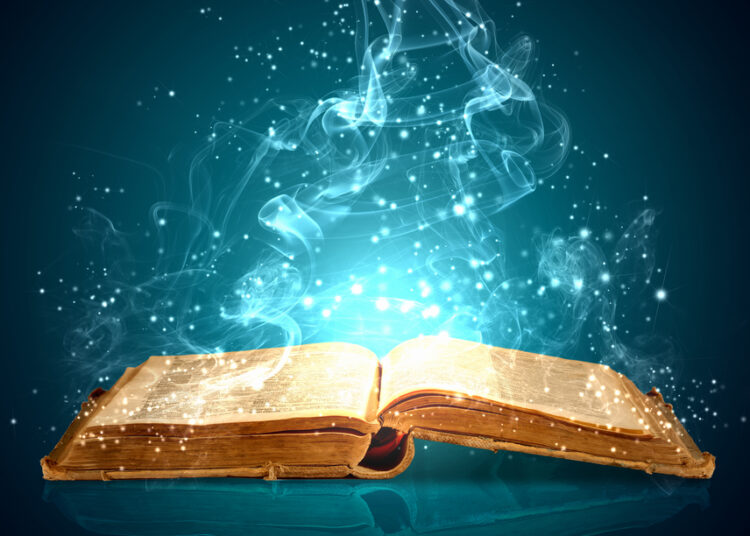