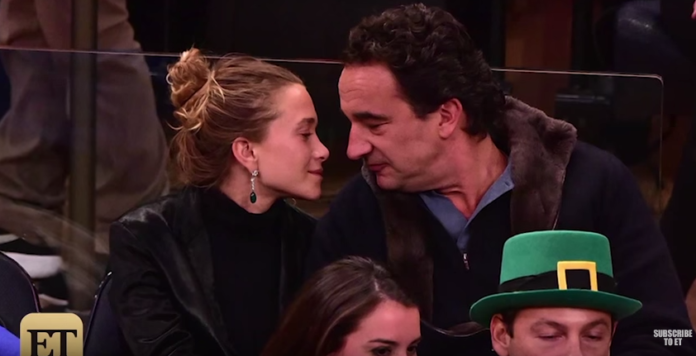 Who is that tall French guy who makes Mary Kate Olsen look even shorter than she actually is?

Oh yeah, that’s right. Mary Kate Olsen, one of the famous Olsen twins who started out as America’s sweetheart on the sitcom Full House and then became some of fashion’s coolest sisters, is married to Olivier Sarkozy, the half-brother of former French president Nicolas Sarkozy.

And he’s not just famous for being Nicolas Sarkozy’s half brother. Olivier Sarkozy, who is 46 years old, is also a well-known French banker based in the United States working for The Carlyle Group.

Olsen and Sarkozy have been dating since 2012 and finally got married last year in a pretty private ceremony. And before you ask if she married the banker for his money, remember that Olsen has an incredibly successful fashion line with her sister and the two aren’t afraid to show a little PDA, which the paparazzi just love.

Also, in case you’re wondering how Olivier Sarkozy tells Mary Kate apart from her identical twin sister, Ashley, well it turns out the sisters are more different than they appear:

14 Romantic Places in Paris That Are Perfect for Couples