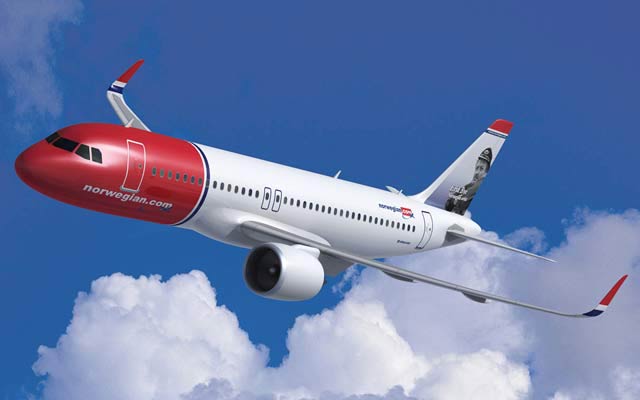 Before, if you wanted to travel to Martinique or Guadeloupe from New York, there were no direct flights. To reach Pointe-à-Pitre and Fort-de-France, you were forced to layover in Miami or Puerto Rico. That left an opening, and Norwegian Air has decided to fill it.

As of December 3rd, 2015, discount airline Oslo will provide direct flights between New York (three flights a week to each of the two islands), Baltimore, Boston, and the two islands of the French West Indies. The $79 fare to the Caribbean is a loss-leader, with return flights between 300 and 400 dollars—two to three times less than the admittedly weak competition.

A risky bet? “For now, sales are going very well, especially from New York,” says Anders Lindström, Director of Communication for Norwegian in the United States.

The inspiration for this new route is a woeful tale of airplane parking. Every winter, Europe’s bargain airlines idle—weekends in Prague and Berlin lose their appeal when temperatures drop—and have to put some of their planes in the garage.

“Ryanair has to park 50 aircraft—and us, we park ten. We asked ourselves: what we could do? What places are still attractive in the winter? Obviously, the Caribbean stood out,” says Lindström. “Because of the Open Skies agreement, a European company, for example, cannot offer a flight between the United States and the Dominican Republic, but it can operate between Europe and the United States. That’s why we decided to offer flights to these two French islands.”

Other arguments added up: the tourism potential of Martinique and Guadeloupe with the Americans, largely untapped; the importance of French and Caribbean community in the United States. But above all, it was the absence of serious competition—the number of flights between the French Antilles and the US is very limited. “Flights that exist today are expensive, infrequent, and there are no direct flights to Boston or New York,” says  Lindström.

As for price, the low-cost ethic of Norwegian allows them to offer much cheaper rates than American Airlines, which serves the same islands via Miami. For a week in February, an American Airlines flight from New York with a short layover in Miami is offered at $900 roundtrip, while the same flight on Norwegian is priced at $325. And on other dates, it’s even cheaper.

Future Norwegian flights between France and the US?

This strategy reflects the rapid expansion of Norwegian (revenues increased 15% in the third quarter of 2015), and they want take their place in the US market.

In the last two years, Norwegian opened direct lines between the US (New York, Los Angeles, Fort Lauderdale, and soon Boston) and Europe (London, Copenhagen, Stockholm). Rates are attractive, with roundtrip flights between Gatwick and New York running about $500.

Boosted by lower fuel costs, Norwegian plans to open new routes between Europe and the United States in 2017. In late October, the airline announced the purchase of 19 new long-haul aircraft Boeing 787-9 Dreamliners, with delivery expected between 2017-20.

“It’s still too early to say, but of course, France is a very attractive market for us. We plan to offer a promotional rate of $69 each way for the launch of the new transatlantic routes. After that, we imagine people will pay about $350 roundtrip,” says Lindström.