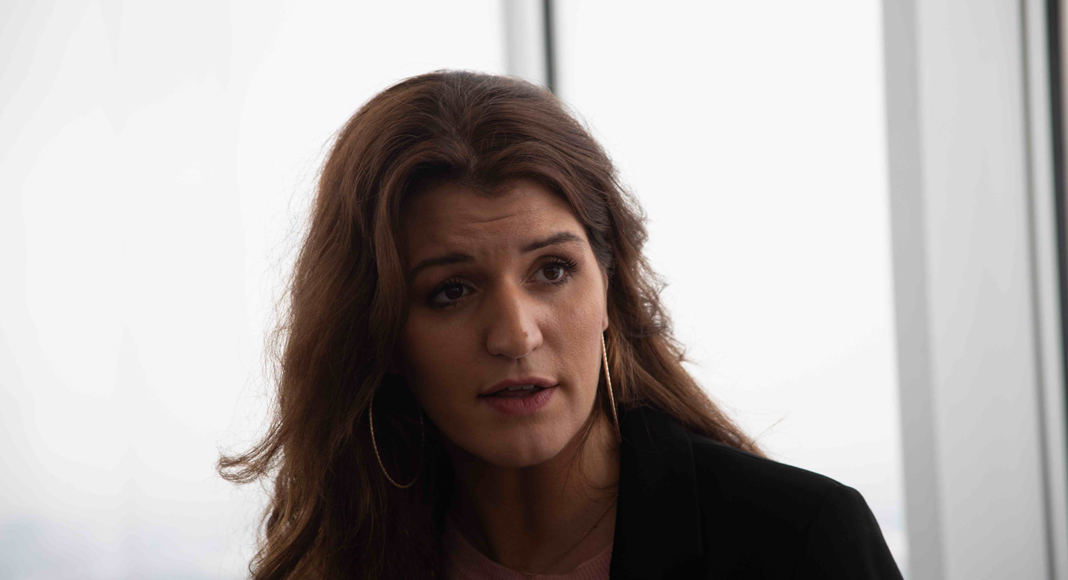 After Canada, it’s France’s turn to reside over the G7 in 2019. Marlène Schiappa, France’s Minister of Gender Equality, began the handover of the torch in Montreal on January 15. She took the opportunity to present France’s priorities in terms of gender equality and to meet some of her party’s Montreal activists.

Three themes will focus the gender equality agenda at the G7 meeting in Biarritz next August: access to education for girls and women, the fight against gender and sexual violence, and the position of African women.

In 2018 when Canada chaired the G7, it created an Advisory Council on Gender Equality, “an innovative and effective concept” Schiappa tells Maudits Français. “France is committed to pursuing this initiative by engaging and by maintaining this Council and expanding it. … Equality between men and women will be one of the main focuses of the G7’s French presidency,” explained Schiappa, who also took time to meet with Maryam Monsef, Canada’s Minister for Women and Gender Equality, during her visit.

The Minister, who chairs the working group on democracy and citizenship, also participated in a workshop with members of La République En Marche as part of Le Grand Débat. The purpose of this Montreal meeting of Le Grand Débat was to have a dialogue with the French people living abroad to compare the French and Canadian systems of democracy, and perhaps find some sources of inspiration. “The idea is to come at it with a humble perspective, thinking that what France is doing can be improved,” noted Schiappa.

When asked about the harassment she has suffered in France, Schiappa responded that she had just filed a complaint, ironically, using her own law. “My fellow male ministers, it’s their ideas that are mainly attacked. … [while] women are threatened with rape and sexual abuse,” she remarks. “As for me, I receive hundreds of death threats, rapes threats, and insults every day.” Schiappa plans to introduce a law to better remove hate content online more quickly. “Social networks also have to join in on the effort, which is not yet the case.”

This article was originally published on our sister site, Maudits Français.