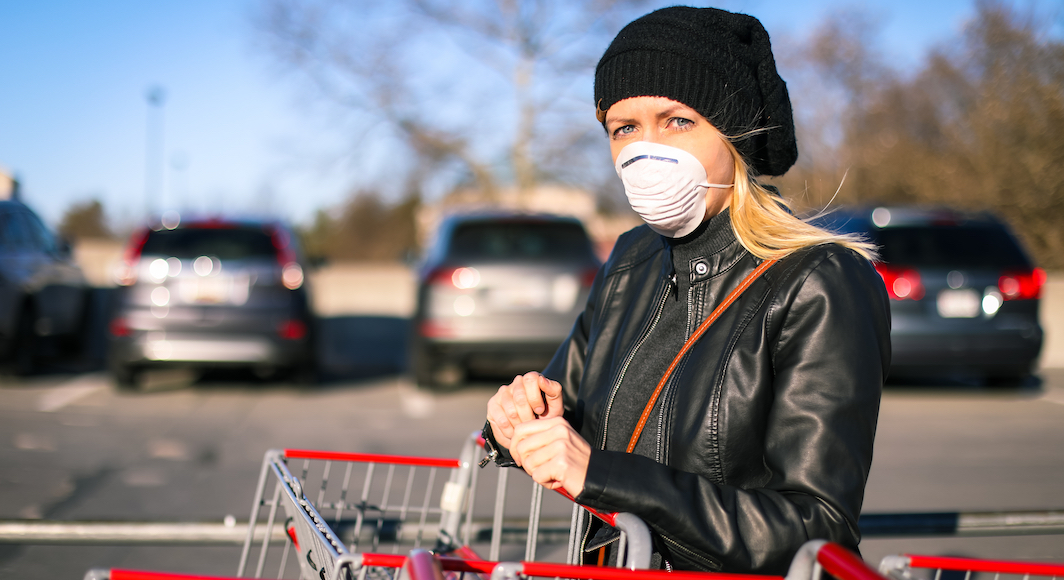 In February of this year, French designer Marine Serre sent a collection down the runway of Paris Fashion Week that foreshadowed looks we will be seeing for the rest of 2020. The collection, which heavily featured models in face masks, ran just a few weeks before COVID-19 prompted the sudden and jarring ubiquity of wearing face masks in public, to protect against the virus.

Today, France ends its two-month lockdown, with many businesses reopening on a staggered and heavily regimented timeline. Face masks are now mandatory on the metro and in schools, and businesses are allowed to refuse entry to a citizen not wearing one.

This health measure is widely approved by the French population, but there is one group of people who are frustrated by it: French Muslims.

Under the French policy of laïcité, or secularism, public displays of religious dress or iconography, most notably the burqas and niqabs worn by Muslim women, are prohibited. France was the first country in Europe to issue a law banning face veils in 2011, and a woman seen wearing one can be fined 150€.

Now, however, we happen to find ourselves in a world where covering your face in public is the norm. But while masks are mandatory, the law against religious face coverings is still in effect. Which means that someone wearing a scarf or bandana around their face for protection is following government guidelines, while a woman in a burqa is breaking the law.

This is not the first time that France has made allowances for non-religious face coverings. Over the last few years, veils and masks have become a common feature of fashion shows, particularly at Paris Fashion Week.

This past fall, American rapper Cardi B made a scene at PFW by dressing head-to-toe in a floral print outfit that fully obscured her face, and included a head covering that looked suspiciously like a hijab. The ensemble was designed by Richard Quinn, whose runway shows often feature full-coverage headdresses.

Earlier that same year, freshmen models earned praise for wearing hijabs down the Paris Fashion Week runway, on a spectrum of stylish to streetwear. (And this was a whole three years after Dolce & Gabbana launched their line of luxury hijabs and abayas.)

French haute couture brand Maison Margiela is famous for masking its models, in everything from tulle to rhinestone chain mail.

In early 2020, a Vogue article ran explaining the rejuvenated popularity of the wedding veil, as seen in a variety of PFW shows, ranging from old school Dolce & Gabbana extravagance to spacey Comme des Garçons interpretations, to Simone Rocha’s lacy tents. This one deserves a deeper look, as an argument could be made that the wedding veil, typically a Christian tradition, is one of the only mainstream examples of a widely accepted public face covering with a religious significance. Though its origins are Roman and its meaning has adapted over the years, the wedding veil is still emblematic of a sort of traditional Christian white wedding–emphasis on white.

Even Serre was not breaking new ground with her 2020 collection, as she had previously used masks at PFW 2019, then referring to them as “anti-pollution masks.”

There are many reasons one might choose to wear a mask. It could be for protection, or to make a statement, or because it’s part of your belief system. But no matter the reason, France shouldn’t allow more freedom of expression to Cardi B than it does to its own citizens. And anyway, it’s hardly the time to start telling people to uncover their faces.