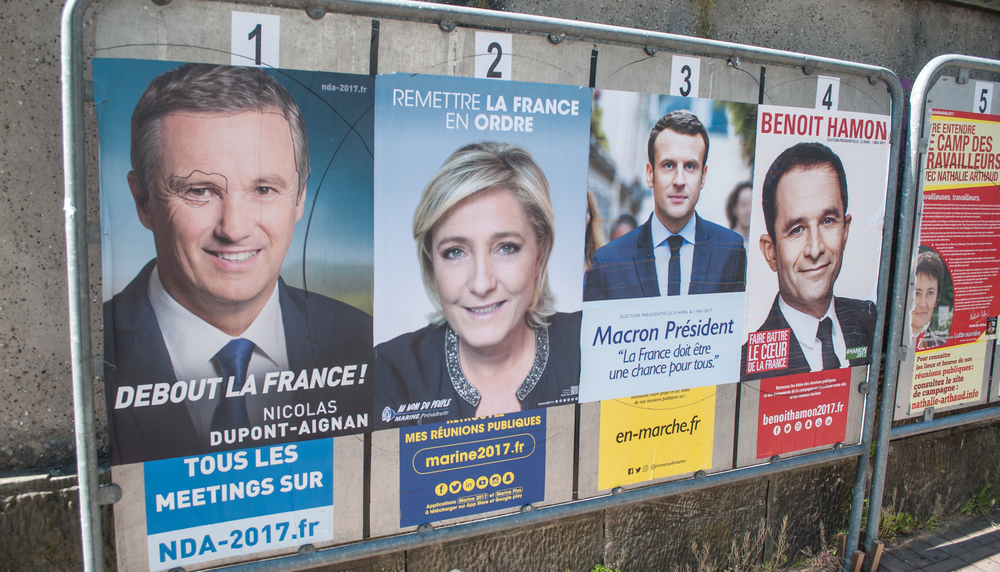 5 Storylines to Keep in Mind as the French Elections Begin

The first round of the French elections takes place this Sunday and with four candidates hovering around 20% of the vote in the polls (and vying for the two final spots in the run-off election on May 7), anything can happen.

Over the course of the past several weeks, several new storylines have emerged in the race for the Élysée Palace. Here’s what you should be keeping your eyes on:

1. The Rise of Jean-Luc Mélenchon

Maybe it was that he channeled his inner Tupac Shakur and showed up on stage as a hologram, maybe it’s his fiery language, or maybe it’s his genuinely progressive policies, but whatever the case, Jean-Luc Mélenchon is on a roll.

Once considered an afterthought in the race for president, Mélenchon is now polling above Francois Fillon and is seeding votes from Marine Le Pen with his proposal of a potential “Frexit.”

Mélenchon has proposed drumming up funds for social programs and infrastructure projects by heavily taxing the super-rich, imagines a future powered on renewable energy, and wants to be known as the candidate of “peace” in a time of social and political crisis.

His highest support comes largely from millennials, as 23% of potential voters under 35 would vote for him.

An act of domestic terrorism — like the one that rocked France in fall 2015 — could sway public opinion further toward a populist candidate like Marine Le Pen, who traffics in the fear of such incidents.

On Tuesday, it was reported that two men were arrested in Marseille, the day before Le Pen was scheduled to lead a rally in the city. According to reports, the men were planning “violent” and “imminent” attacks, and were in possession of three kilos of improvised explosive devices, as well as an ISIS flag.

While this attack was diffused, the possibility of an act of terrorism hangs over the race like a dark cloud, and plays in perfectly to Le Pen’s campaign of fear mongering.

Currently, two leading candidates (Mélenchon and Le Pen) are leaning toward leaving the European Union, while the other two (Fillon and Macron) have said they want to stay in the Eurozone.

With Mélenchon gaining steam and Le Pen consistently polling over 20% in the first round, it’s likely at least one of this anti-EU candidates will make it to the final round. If one of the two continues on to the next round, the second round could become more-or-less a referendum on the European Union. If both Mélenchon and Le Pen advance, the future of the union will become even bleaker.

Mélenchon has not outright stated that France would leave the EU if he becomes president, but he wants the terms of the European Central Bank to be renegotiated to be more favorable to workers, rather than businesses.

Part of what got Donald Trump elected in the United States was voter apathy. A full 45% of Americans did not vote in 2016, paving the way for Trump’s unlikely electoral victory.

France, normally, does not have a problem getting people — young people in particular — out to the polls. In 2012, 71% of the voting age population and 80% of registered voters cast a ballot.

But opinion polls this year predict that only two thirds of French voters plan to cast a ballot in the first round, which would be a record low. An abstention rate of one third could put the elections in the hands of Le Pen, whose voters are more solidly in her camp, with about 90% of them decided on voting for her.

The computers of Emmanuel Macron’s campaign were compromised by Ukrainian hackers in February. Russian news organizations Sputnik and RT News are releasing polls that show Francois Fillon in the lead, despite every other poll to the contrary. Jean-Luc Mélenchon, currently rising in the polls, has been called “soft” on Russia, and has said that Russia is France’s “natural ally.”  (Wait a second… anyone else having deja vu?)