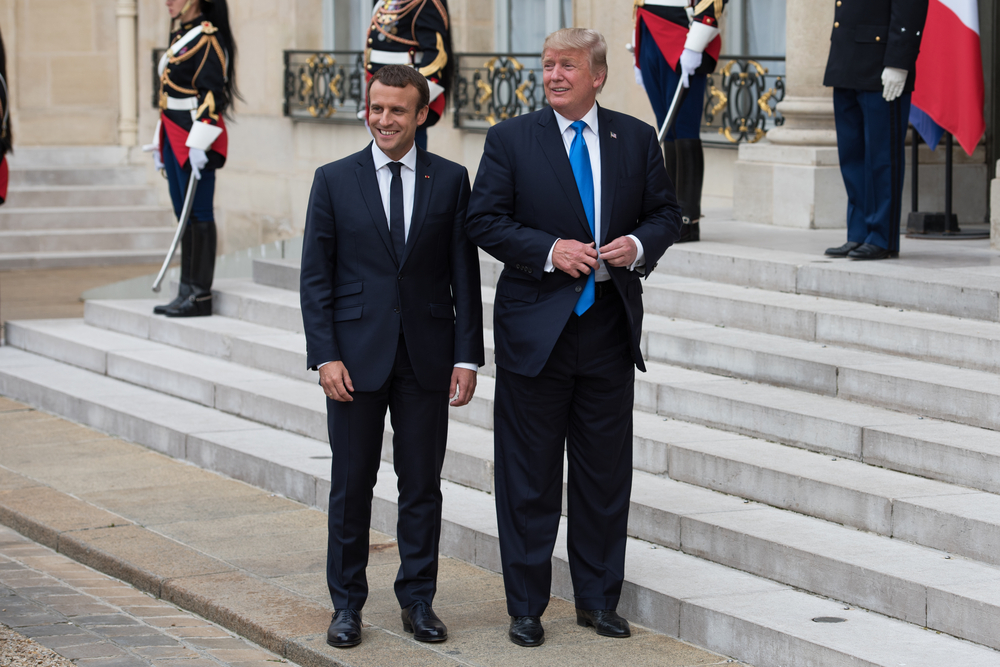 “Macron Has More to Gain from This Visit than Trump Does”

Emmanuel Macron arrives in Washington DC on Monday, April 23, for a three-day state visit, marked by a speech to Congress. This is the first time that Donald Trump has given a Head of State or Government the honor of a state dinner, a very ceremonial event intended to highlight the friendship between two countries. Beyond the symbolism, what are the political implications of this visit? Charles Kupchan, an expert at the Council on Foreign Relations (CFR) and professor at Georgetown University, provides his analysis.

French Morning: What interest does Donald Trump have in inviting Emmanuel Macron for a state visit?

Charles Kupchan: He sees Emmanuel Macron as his best European interlocutor and I think that emerges from the invitation that Macron extended to Trump to come for Bastille Day. Trump loves pomp and circumstance, and he’s now reciprocating with a state dinner. Trump’s relationship with foreign leaders, European leaders in particular, has been quite troubled. But my sense is that Macron has gone out of his way to build a good working relationship with Trump. While not giving in to Trump on issues like the [Paris] Agreement or the Iran deal, he is in there doing what he can, well aware that turning one’s back on Trump is likely to lead to the worst outcome.

Politically for Macron, I think it cuts both ways in that Trump is not a terribly popular figure in France or in Europe. On the other hand, the president of France is being presidential. He is being accorded a special honor. Even if he will receive some criticism, it, on balance, is a political win for him and is part of his desire to return France to a more visible and active place on the global stage.

Do you think he has more to win, in a way, from this visit than Trump does?

He has more to win in that it will garner more attention in France than it will in the United States. I’m guessing that most Americans won’t know that he’s here and wont listen to his speech to Congress. On the other hand, the French media will cover this wall to wall. In that sense, Macron has more to gain than Trump does. This is a crucial period in Macron’s presidency in the sense that he’s still trying to prove himself. He’s in the middle of a standoff with the train workers and other unions. This could help put some wind in his sails.

From Trump’s perspective, he can use the visit as a way of saying to his critics that he isn’t leaving the United States isolated and alienating friends.

Should we be expecting anything to come out of this visit on topics where they have disagreements like Iran, trade, or the environment?

I don’t see any particular issue being set up for resolution. Macron has always said that he’s going to keep working on Trump when it comes to climate change. I’m guessing that this is an issue that will come up. Trump is someone who does change his mind. He announced just a few days ago that he wants to explore reconnecting with what used to be called TPP (Trans-Pacific Partnership). But I don’t see any signs of a reversal on the Paris Agreement.

The biggest win for Macron would be if Trump came out from the meeting and said, “my good friend Emmanuel has convinced me to stick with the Iran deal.” That’s a timely and urgent issue because the deadline [May 12] for recertification is coming up. It’s probably a better than even chance that he’s going to back away from the deal. Now that he has [John] Bolton by his side and [Rex] Tillerson gone, the indicators are that he’s going to harden his views. But let’s see if anything comes out on that front.

Trump is somebody who puts a great deal of stock in personal relationships and loyalty. In that way, Macron has some money in the bank because he went above and beyond in reaching out to Trump at a time when others, like [Angela] Merkel, were doing the opposite. Of all European leaders, Macron probably has Trump’s ear more than anyone else. Trump is known to be influenced by the last person he talks to. So it’s conceivable that Macron could make a difference.

One other substantive issue that I hope Macron raises is Europe. President Trump doesn’t fully understand the European experiment, or the history of Europe post-World War II. He made some comments in the past that the European Union (EU) is a German-inspired plot to undermine the American economy. It would be helpful if Macron could drive home to Trump how important Europe is to the United States as a partner, as a guarantor of European peace, as an engine of economic growth. It may be impossible because Trump could have a view of [the European Union] that makes him feel that Europe is inconsistent with his [nationalist] values. But it troubles me that we have a president who has at times expressed either indifference or, in some ways, hostility toward Europe, and welcomed Brexit. This is not something that is a discreet policy issue, but it is a priority for Macron. He wants to help revive Europe, and it would be helpful if he has Trump behind him.

This interview was conducted by Alexis Buisson, and condensed for clarity.