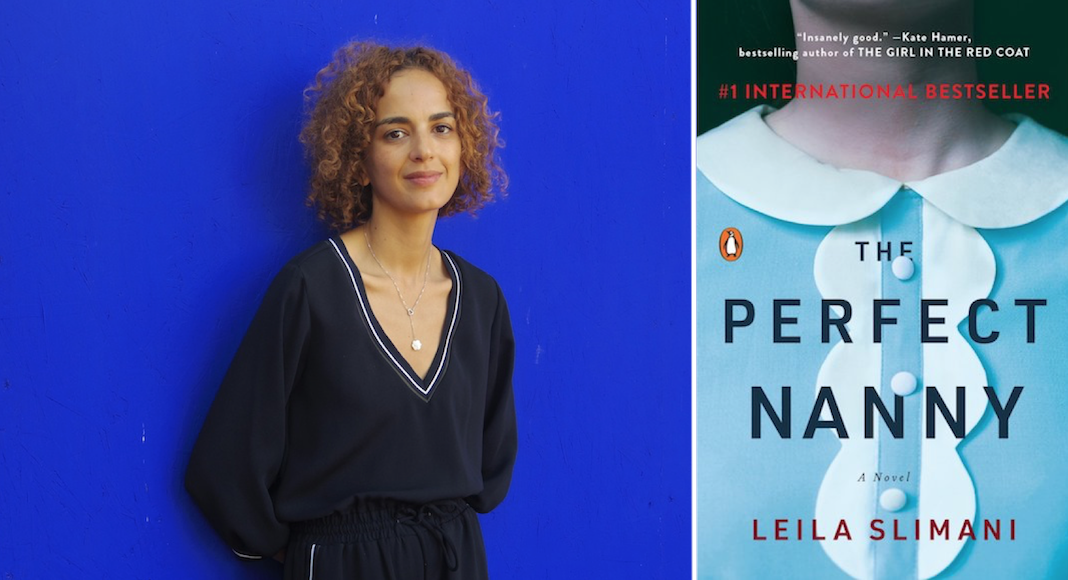 Leila Slimani: “‘The Perfect Nanny’ has nothing to do with the ‘Killer Nanny'”

She is not thrilled by the American title of her novel, The Perfect Nanny, which she finds, if not pleasant, useful for marketing purposes. But that doesn’t prevent Leila Slimani from proceeding on with the promotional drum beating in the United States.

Before she presented her novel at the PEN World Voices Literature Festival in New York on April 16 and at Albertine on April 21, the Franco-Moroccan author made stops in in San Francisco, Los Angeles, Berkeley, and Stanford. “I really wanted to discover the American intellectual world and the university environment,” she admits. “It’s a country with which we feel very familiar, through literature and cinema. And yet it never ceases to amaze us.”

There’s no time for tourism on this United States visit. This is a tour for meeting people, and a little for feminism and Francophonie, the two other favorite subjects for the recipient of the 2016 Prix Goncourt. “I’m in the process of writing a report on my feelings about the MeToo movement,” says Slimani. She’s often fights laws of silence and the hypocrisy of patriarchal societies in her writing, notably in Morocco in Sexe et mensonges: La Vie sexuelle au Maroc. Of French-Moroccan descent, Slimani is the first Moroccan to receive the prestigious Prix Goncourt literary prize.

But Slimani quickly refocuses the conversation on what’s going on for her right now. Released in January by Penguin Editions, the American translation of her book Chanson Douce (already translated into 43 languages) received a “good reception” in the United States, with more than 200,000 copies already printed. “There’s a lot of interest in the story,” she admits.

Many readers — and journalists — thought that her novel told a well-known story in New York: in 2012, two children were slaughtered by their nanny, Yoselyn Ortega, in Manhattan. “I had already started writing the novel about the relationship between a family and a nanny. When I saw the headline on TV, it inspired me to think of murder. Starting the novel with that was a narrative technique to get the reader’s attention,” defends the 36-year-old author, tired of being asked by American journalists if she follows the New York trial, which just found the Ortega guilty for the two children’s murders. “But the book has nothing to do with it, the story is neither a thriller nor an investigation.”

Nor do you see any similarities with Gone Girl, by Gillian Flynn, to which her book is clumsily compared, according to her. “What interested me was the character of the nanny, talking about the organization of family life… The home is, unfortunately, often hidden.” Ultimately, The Perfect Nanny deals with relationships that possess “solidarity with silent understanding, but also violence because there is a imbalance of power and an unequal  relationship between mother and nanny.” But she also questions what it means to be a woman: can you have everything, and how you do you live that life?

The author’s incisive style addresses a universal theme. “Being a mother or father evokes the same emotion, wherever you live,” she emphasizes. The protagonists of the novel, the parents Myriam and Paul, a couple of Parisian bobos, are also transposable from one country to another. “The people of San Francisco, like those of New York, find them realistic: they are an urban, open-minded couple, living in a gentrified neighborhood,” she describes, “and for others, they’re elitist figures, unaware of the realities.”

Despite a common language of feelings, she noticed her readers on this side of the Atlantic had a different relationship to literature: “Americans expect a moral to the story, look for a villain and a nice one, while the French are more interested in ambiguity, in finding a vagueness at the end of the book.”

Leila Slimani may soon to return to the United States, outside of her role as ambassador for the French-speaking literary world. His first novel Dans le jardin de l’ogre will be available on American soil in 2019. In the meantime, she’s certainly not unemployed. Between promotional interviews, she’s working on her new book, “a rather dark novel.” As she says, “I’m not really afraid of a blank page, but I’m afraid of writing shit.”