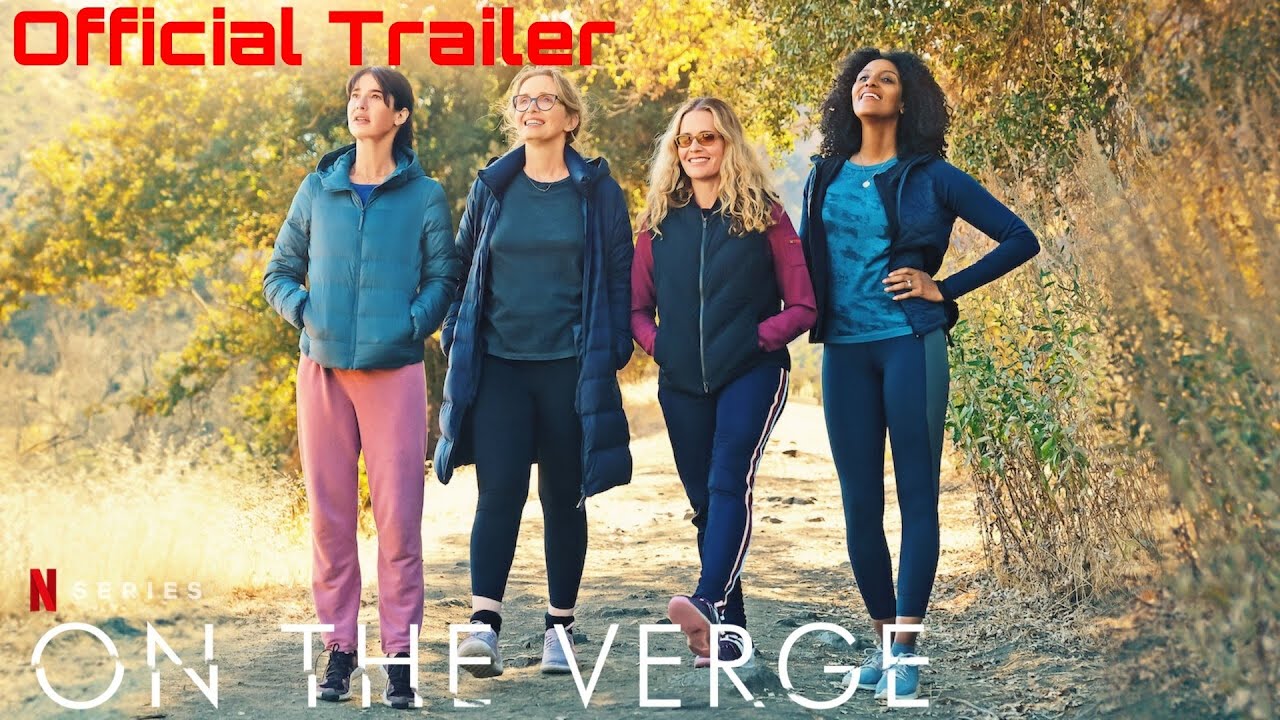 There’s a telling moment in the hot new Netflix show, “On the Verge,” when Jerry (Giovanni Ribisi), says to his co-worker, Justine, a French expat/L.A. chef/aspiring cookbook author/ wife/Mom played by French actress and show creator, Julie Delpy,“You’re in a cultural blindspot.” He’s not only alluding to the fact that Justine has no real interest or familiarity with putting her life on Instagram (“I have Facebook”, she says) but also that she is a white, upper middle class, middle-aged woman whose successful career is always a mere asterisk to the child ferrying, husband tending, restaurant running, toilet paper buying, and just general mental load that dominates her life.

The 12-Part series borrows its name from the iconic Almodovar movie, Women on the Verge of a Nervous Breakdown, and delves effortlessly and beautifully into the incredibly rich territory of four moms who love their kids but mostly hate their husbands, and whose career successes and failures, as time has marched on, have left them with deep wells of regret and confusion about whether their lives are –or ever will be– as full as they once imagined. In a sentence, it’s as if Julie Delpy took Ada Calhoun’s wildly popular pre-pandemic book, Why We Don’t Sleep, about women in their forties, and put it all on screen.

Although “On the Verge” was being filmed in Los Angeles in early 2020, the pandemic interrupted production. During that odd gap in time when the world froze, Delpy rewrote bits of the show to include the early months when the pandemic descended. The result is fresh and relevant, both captivating and alarming in its immediacy.

Those fans who love Call My Agent and Lupin, will be pleased to find that the show is bilingual, rolling smoothly back and forth between French and English and sometimes just some good old fashioned Franglais as Justine communicates with her French, out -of-work architect husband, tries to write her cookbook–while sitting at her tiny storage room desk that is surrounded by vinyl bins, cardboard boxes and her family’s winter coats– and shuttles her son, who understands French but doesn’t speak it very well (much to his father’s disappointment) to school.

Justine is so real that, like a best friend or sister,  one minute you find her chiante comme tout, and the next you just want to eat her up for how clever, charming, funny, sweet and just plain lovable she is. In allowing herself to be so human on screen, Delpy forms an intimate relationship with the viewer, one so intimate you almost forget that the screen separates your life from hers.