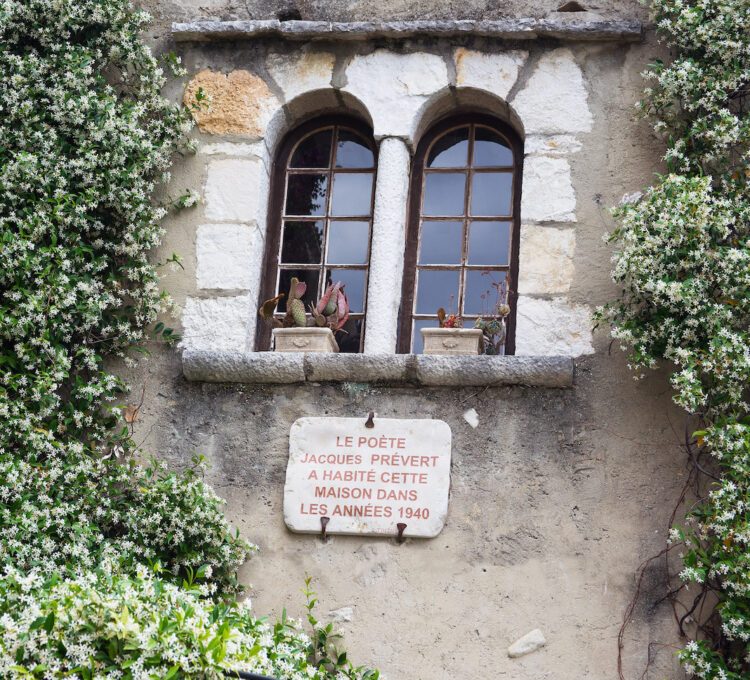 I remember when I was living in Paris, the way the darkness descended in November, like a velvety cape. I don’t remember its being especially depressing, but then I was young and much more carefree. It’s possible that whatever blues I felt were soon chased away by the cheery clickety-clack of my heels on cobblestone streets as I ventured out with friends into the night, our destination the lights of the Place de L’Odéon.

As the years have passed, and I’ve noticed how that close and, at times, comfortless darkness can press in as November commences, making everyone a little edgy, I’ve tried to find other things to abate it: sweet smelling beeswax candles—8 of them!– illuminated on the dining table every night, no matter if it’s Tuesday or Saturday; warm and comforting soups like this Provençale garlic soup, and early bedtimes. I like us to all be upstairs no later than 8 PM! When my kids have been afraid of the dark over the years, I remind them of all the wild creatures that find comfort in the quiet darkness; that the darkness is a signal that we humans must cede our place on the planet for a few hours and be quiet, too.

Then, when Dan and I rise again to make lunches and it is still dark outside, there is the promise of light soon to come. The other morning,  I read a beautiful poem by Rita Dove, called “November for Beginners,” and I realized it is not just I who wishes for snow right about now.

My friend Susan and I have a little joke: She absolutely hates November. I remember her telling me this over ten years ago, and I remember the actual shiver that went down her spine as she said it. And I hate March. I will regale you with more reasons for why I hate March (or did, until global warming changed it just a tad) in actual March, but the story I want to tell today is that whenever November descends I send her a note that essentially  reads, “Bon courage!” And when March begins, she sends me a similar one. We don’t see each other that much in person anymore, but we have this little moment together twice a year, and it feels good to know there is someone out there who gets me.

Speaking of Paris, Susan’s first novel was called Paris Was the Place and came out back in 2013. It’s a layered story that takes place in the City of Light and features a brother/sister relationship (the brother is sick with what is AIDS before AIDS was AIDS),  a main character who works with refugee girls seeking asylum in France, and a love affair. I read it on vacation one summer, while we were staying in an old cabin on a lake while Dan and my older son fished. I read it in two days and wept at the end. It was a fast and immersive read.

This week, I’ve been combing through the archives of Frenchly. One of my favorite things to do in my job is that on Thursdays, my boss, Emmanuel Saint-Martin, the founder of French Morning and Frenchly, and I, look together at the Google analytics for the site—what pieces are trending, how people are coming to them, etc.– and the analytics for these newsletters.

It’s been fascinating to me that week after week, the top post on Frenchly.us is this one, a list of 7 French love poems. I guess the upside is that Rimbaud and Baudelaire are still tweetable…though I’m having a hard time getting from Victor Hugo…to Celine Dion. Bof!

It’s not all a laughing matter, though: Up there soon after the love poems this week was this Op-Ed by Angelika Pokovba about Vogue Paris changing its name to Vogue France last week. And this piece also ranks high—this one is all about French slang.

That (sort of silly) list of love poems did get me thinking about one of my most favorite poems in the world by the French bad-ass poet, Jacques Prévert, called, ”Paris at Night.” I truly think this is probably the sexiest poem ever written. And since we have this darkness, and need light, and I’ve told you about my lighted-beeswax-candles-trick, I am going to share it here:

What I am reading:

In other news, my aforementioned boss, Emmanuel, is running in the NYC Marathon this weekend. We have this piece here today, translated from the original on French Morning, about the French runners in the race (he among them) who are running for good causes (he is running for First Candle, an organization devoted to finding a cure for SIDS.)

And because my older son is studying the Middle East in school and is reading Persepolis, the amazing and groundbreaking comic by the French Iranian writer, Marjane Satrapi, I was interested in updating and re-posting this piece here about “9 Classic Francophone Graphic Novels” that are published in English and would make terrific holiday gifts this year.

Also, this piece by Liz Alderman in the Times about the farming crisis in France—half of France’s farmers are over 50 and are set to retire in the coming decade–caught my eye on Twitter.  It’s a really smart, layered piece about everything from the climate crisis, to worker shortages, to innovative solutions.

I loved this longer piece by Melissa Clark in the Times about the Egyptian cookbook author, Claudia Roden. I was touched to learn about her life in Egypt before she and her Jewish family were expelled from Cairo, ending up in London during the Suez Crisis of 1956. It fascinated me to learn that her first language was French, a sign of her class and the aigre-douce history of the French occupation of Egypt (1798-1801) and the strong cultural influences that persisted, and still persist today, a subject that I will get back to later.

And if you’re already getting ready for the holidays, we’ve got a round up here of some really amazing and whimsical French advent calendars.

What I am cooking:

Continuing our discussion of cooking our way through the autumn blues, our writer Philip Ruskin wrote this great piece on the cookbook author Dorie Greenspan, called “Dorie’s Paris,” about her new cookbook, which we featured on our site this week. She is just about the most charming person ever! Check it out and try her “World Peace Cookies” which we were given the recipe to! I am hoping to try them out on Saturday.

And…I’ve had this Canadian Thanksgiving page bookmarked for a while now, and just looked at it today. I am totally adding that coconut kale to our holiday meal, or some meal, soon.

What I am watching ce weekend:

This weekend, my younger son turns seven. He wants to watch Top Hat while we make him fish & chips Sunday night. And, in our family, the other kid gets a present, too. So, Dan and I got our older son a terrific collection of stories by Maurice LeBlanc called The Lupin Collection, about Arsène Lupin, the French gentleman thief who was fashioned as the counterpart to Conan Doyle’s Sherlock Holmes. Dan and I loved the Omar Sy series as much as our old son loves Sherlock Holmes. We’re hoping to get on the France Channel with him after the younger son is in bed to watch one of their carefully preserved 1950s Lupin movies.

Have a good weekend.