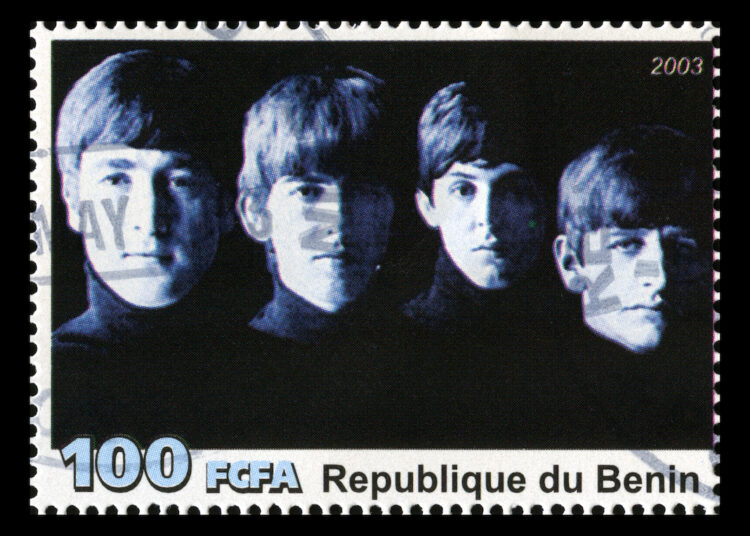 The year I was in Paris for Thanksgiving is still etched in my mind: I remember going, rather like that boy * dispatched by Scrooge to get the biggest prize turkey on the cart so that Scrooge could gift it to the Cratchits, to the en plein air market around the corner from my apartment on the Avenue du Maine, and looking for une dinde that would feed a motley crew of myself, my roommate, Lorin, whatever friends we had invited, and Lorin’s parents and sister who had voyaged from Davis, California for the holiday.

I think I remember Brussels sprouts and I’m sure I made stuffing, likely with baguette, and surely with heaps of fresh herbs and tons of butter. We had a tiny little oven in our tiny little triangular shaped kitchen where Lorin will tell you he did all of the dishes in those days while I busied myself with more lofty matters like perfecting crêpes and faire-ing les courses.

That day, we roasted that Dickensian turkey until the skin crackled and we had a wonderful meal, as I remember it, one that I’m sure involved lots of wine and I can’t imagine there wasn’t a tarte Tatin (named for the Tatin sisters, who invented it) afterward with coffee. I do know that Lorin’s sister, Gillian, father, Mo, and mother, Trudy, who spoke beautiful French, had brought piles of cookies—the oatmeal chocolate chip ones, I particularly remember—from their bakery, The Upper Crust Baking Co. (We did a piece about that bakery this fall, here, which Lorin now runs and he makes a special French bread called a sarmentine there.)

All sorts of things come together to make Thanksgiving wonderful: The shopping for the right size turkey and freshest vegetables to roast; it’s about the butter and flours and spices for pumpkin pies. My older son loves to make the pies the day before with me, rolling out the dough and measuring the right amount of spice into the filing while my younger one gleans all the little bits of crust and makes them into what we call “pie-crust treats,” which are, essentially, little bits of pie crust cut and molded into the different animal shapes sprung from his imagination, and then slid onto a cookie sheet, drizzled with maple syrup and baked until puffy, golden-brown and sticky from the reduced syrup. We make two pies every year: one pumpkin, as that is my youngest’s favorite, and one apple, as that is my elder son’s.

I always make several big loaves of bread to cut up into cubes for stuffing. The next day, my husband, Dan, and I cook while our kids play and read and irritate each other. We like listening to Turkey Confidential on NPR and we always take turns going for runs in the cold air. Then, as it gets dark, we open a bottle of wine and light the bougies and then the four of us sit down. We are a solitary little family, but we like being together—we look forward to it, whether it’s the weekend, or a holiday.

Most years we watch anything with Fred Astaire after the turkey and before the pie. But this year,  we will be watching the new Peter Jackson Beatles documentary, The Beatles: Get Back on Disney+.

With at least one Beatles fanatic in our house (our older son) we have been anxiously awaiting this day. And because I’ve been thinking about the Beatles and really excited to see this footage that’s been locked away in a vault for over fifty years, I asked New York City-based playwright Craig Pospisil to write me a piece about the Beatles.

He was my guy, because, as he said himself in an email to me, “I am a Beatles fan. Anyone who’s known me for more than a day will tell you that’s an understatement. If you wanted me to, I could give you list of the Beatles albums I have – all the U.K. and U.S. releases (in stereo and mono mixes) in various formats (vinyl and CDs) – the solo recordings – in various formats and some box sets – the extensive number of bootleg recordings – somewhere north of 100 albums (but you have to believe me, there’s a lot I don’t have)…”

And there’s another reason I asked him: He is responsible for my older son’s Beatlemania. He’s his godfather and started sending Beatles albums, t-shirts, stuffies, and all manner of trucs when my child was barely out of the womb and now the two of them have a wonderful conversation that is always evolving, and always at the ready for any phone call, about that famous Fab Four. It’s a wonderful thing to have shared ground like that with another adult who is not your parent.

So, without further ado, here is Craig’s fabulous piece about the Beatles in Paris—turns out, Craig found, they didn’t have their distinctive style down until they went to France in 1961. He’ll tell you all about it, and more, as this piece is truly a 2-fer—he’s going to give you his Beatles à Paris story and also a short essay about the making of the film The Beatles: Get Back all right here, one click away.

A mélange of what I am watching, reading, cooking and enjoying ce weekend as I prepare for Thanksgiving:

Here are some other Thanksgiving pieces I really hope you’ll read between now and your holiday:

I’m really excited that our talented contributor, Sophie Dodd, happily pulled together 8 French wines (ok one is Californian, but made the French way) to get Frenchly readers through every second of holiday stressing and cooking—I’ve already sent Dan out to the wine shop to find her suggested wines for our turkey day.

And this next one is an essay I love so much by a writer named Karen Karbo who left the U.S. in 2019 to move to southern France–to a town called Collioure on the coast of the Mediterranean–and decided at that time to say, “Au Revoir, Thanksgiving.” Read her essay, here.

And one of our readers’  favorite pieces this week is this one by Angelika Pokovba  about the Savon de Marseille, that big square block of green olive oil soap that you can use for…well anything! Clean your body and your home before any fully vaxxed guests arrive for the holiday!

If you are in Northern California, Lorin’s family bakery is making pies upon pies for the holiday. (Lorin reminds me of that guy in the old Dunkin’ Donuts ad—time to make the donuts!—as he is up at 5 every day making pumpkin, apple and pecan pies.) Or if you’re in NY, you can head up to this French patisserie, La Renaissance, in Scarsdale to get some pies and other goodies, too.

Now, for more news on all things relevant and irrelevant, I can tell you now that Ted Lasso falls apart in Season 2, becoming almost laughably ridiculous and losing its edge, unfortunately. Such good actors and writing initially. I hope it comes back into focus for a Season 3.

And, everyone’s talking about Taylor Swift, which is cool. And if I were in New York City right now, I’d be heading over to this amazing restaurant called Senza Gluten down in the village, since we haven’t eaten gluten since 2013 (that’s a story for another time, and I’ll tell you later about how I came to make a French boule and amazing pillowy pizza crust with no gluten at all.)

Don’t get me started on the climate agreement now, but I will—and need to—come back to it after the holiday.

If you’ve got time  to watch this video of Bill Buford making an apple pie “by way of France,” please do, and here’s, also, this great piece of his about a Thanksgiving meal that “longs for France.” There’s a video and recipes there, too, for an entire meal.

That’s it for this week. Thank you for reading. Next week, we’ll have a Le Weekend to consume with your leftovers sandwich and that post-holiday tipple of French wine. In it, we’ll have our first in a series of “finding love in France” essays; a list of noir films for the holiday weekend; some great giftable French kitchenware for your cooking cousin and more! Stay tuned.

One last thought: This is the most important piece I’ve ever read about the invention of Thanksgiving. Read it and ponder. Reminds me that I want to watch Lincoln with my older son this weekend.

Happy almost-holiday, wherever you are, and whether you end up celebrating it with a walk in the chilly air or with a tofurkey, I hope you can enjoy a moment of gratitude.