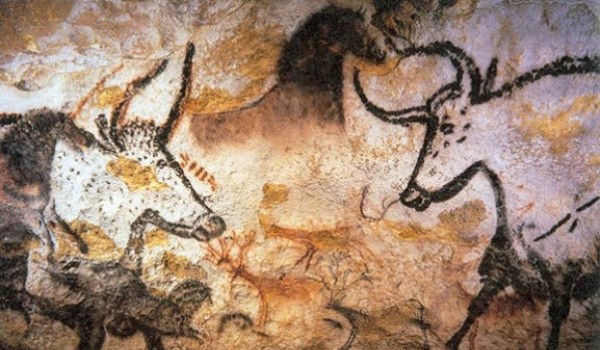 Dordogne and Texas. Houston and Lascaux. Modern meets prehistoric man in a clash of cultures put into perspective.

Lascaux 3, one of the replicas of the legendary Lascaux cave paintings, just opened at the Houston Museum of Natural Science on October 18th. Prior to Texas, the exhibit was at the Field Museum in Chicago through the summer until September 8th, where it welcomed 350,000 visitors. In Houston, the organizers are hoping to attract between 200,000 and 250,000 visitors until the exhibit closes on March 23rd, 2014. After this date, the replica will move to Canada, its first stop outside of the United States.

“Stone Age: The Cave Paintings of Lascaux” was created by the General Council of Dordogne with the support of the region of Aquitaine, the Cultural Ministry of France and the European Union. The exhibit puts on display 2,600 feet of replicas of the famous mural paintings that unfurl over the walls of a grotto discovered by accident by four boys in September 1940. Deer, rhinoceros, bulls, and mysterious human figures all serve as a witness to the creativity of our ancestors. “The Houston Museum of Natural Science allows us to present the size and richness of Lascaux 3,” explained Olivier Retout, the exhibit director, to France-Bleu Dordogne radio.

The President of the General Council of Dordogne, Bernard Cazeau, traveled to Houston at the beginning of the summer to sign an agreement bringing together Dordogne and the Houston Museum of Natural Science. In August, Bernard underlined to French Morning that it is “a moral duty to share.” After Montreal, the Lascaux exhibit is scheduled to move to Denver and San Francisco.