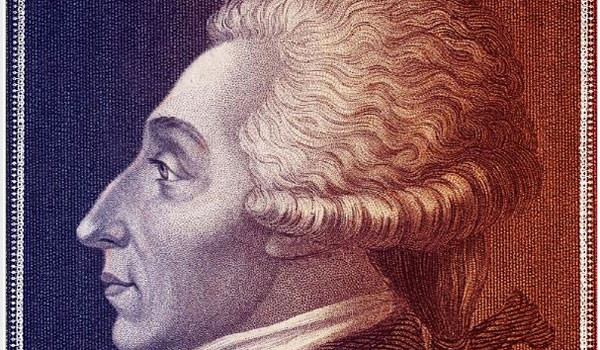 May 1834: Lafayette dies and France doesn’t give a hoot. The papers publish a brief and he’s quickly relegated to the forgotten corners of French history.

Across the Atlantic, however, it’s another story: in the US, flags are lowered, then-president Andrew Jackson proclaims a national day of mourning and John Quincy Adams makes a three (three!)- hour long speech before Congress. “His death was in all the newspapers, the magazines,” says Laura Auricchio, author of a new book on Lafayette entitled The Marquis, “It was a national event.”

How could a Frenchman who was so adored in the United States be so ignored in his own country? It’s a paradox that Auricchio — Dean of Undergraduate Studies at the New School in New York — explores in her book on the French general who, she explains, was never really at home anywhere. “In America, he was always seen as a Frenchman and in France as an American,” Auricchio told French Morning.

Auricchio spent seven years plunged in the tormented history of the Marquis de Lafayette, and the book traces his entire life, from his birth into an aristocratic and military family in Auvergne, all he way to his death. It reveals a man who was ill-suited for the life into which he was born. “He was by no means cut out to be a courtier. He had none of the graces, none of the artifice, the skills that you need to succeed in court. He was not very good looking, didn’t dance well. He had a rugged appearance and was large. He could not easily flatter,” explains Auricchio.

While Lafayette’s role in the American Revolution is a defining part of his legacy, he initially saw it as an opportunity to avenge the death of his father — who was killed by the English — and to defend his idea of liberty. When he arrived in the United States in 1776, he was already a great admirer of George Washington and had studied English on the long voyage from France to the US. But he wasn’t immediately welcomed. “At first Washington was skeptical of Lafayette. He asked, ‘What exactly do you want me to do with him?’ But Lafayette proved to him that he wanted to learn and make himself useful. Washington took him under his wing.”

“Lafayette had lost his father when he was 2,” Auricchio says, “Washington had no children. Each were looking for that kind of relationship. Lafayette genuinely admired Washington and wanted to learn from him.” And Washington wasn’t the only one won over by the young Frenchman. “Americans were shocked to discover him. The only French aristocrats they saw were sophisticated and maybe a bit condescending. They loved Lafayette’s simplicity.”

Lafayette was different form other French soldiers engaged in the American Revolution. Rochambeau, for example was, “very decorated, very experienced and he went back to France to pursue his career.” Lafayette, on the other hand, made very strong ties in the young democracy. “Lafayette couldn’t go back to France to make a career — he didn’t have one. The United States became his career. He came to the United States, just like so many after him, to start a new life.”

Lafayette’s dedication is all the more surprising given that he supported the system of a constitutional monarchy — the same system from which the Revolutionaries so desperately wanted to break free. But Auricchio says that Lafayette — like Jefferson — thought that the monarchy was not the right system for the New World, a place without class or hierarchy. “Lafayette thought that some Americans were too aristocratic,” she says.

The Marquis died a controversial figure, his place in French history mainly marked by his association with the massacre of the Champs de Mars. He was also a somewhat tragic figure. “He did have ideals but they didn’t work out in the end,” says Auricchio, “At the end of his life he helped install Louis-Philippe as a constitutional monarch. But soon after, he turned out to be like the rest of them, he starts impinging on human rights. It was Lafayette’s last attempt to place a constitutional monarch on the throne. He lived long enough to see that and long enough to see all the ideals perverted. I find it really sad and moving.”

Still, Lafayette was able to be “proud” of his success in the United States, with Americans grateful for his role in their cause. Since then, the US and France have had their ups and downs and one has to wonder what he would have thought of relations between the two countries today. “He was a moderate, and we don’t have a lot of moderates anymore,” says Auricchio, “He would have been devastated by the Freedom Fries episode. I came to believe that he saw the US as a place with great potential. He would go into the situation with that spirit.”

Since her book came out, Auricchio has been touring the country speaking to the many people who continue to be curious about this famous French figure in American History. A few days ago, she was at the Florida Gala of the Friends of the Hermione, an organization that is raising money in support of the replica of Lafayette’s ship, which is scheduled to begin a voyage to the United States this month.