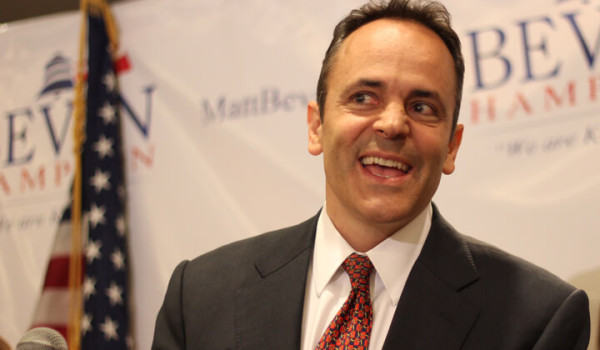 The governor of Kentucky has come up with a way to combat the labor shortage in his state: incentivize public universities to produce students with degrees in “things people want.”

“There will be more incentives to electrical engineers than French literature majors. There just will,” Governor Bevin said at a press conference where he laid out his two-year proposal. “All the people in the world that want to study French literature can do so, they are just not going to be subsidized by the taxpayer.”

Bevin underscored the unimportance of a literate public by using “that” to refer to “people.” Most French literature students know English well enough to use “who” when referring to people—but then, literature degrees don’t generally get you elected governor.

According to the Associated Press, Bevin wants to use a performance-based model at state colleges, dolling out government grants based on the graduation rates in a pre-determined set of degree programs.

In Kentucky, where skilled laborers have been in high demand and low supply since the economic crisis of 2008, many spoke up to accuse the governor of wanting to force students—particularly poorer students—into particular fields that might only be of economic interest to them.

Writing an op-ed for the Lexington Herald-Leader, Jeffrey N. Peters, a French literature professor at the University of Kentucky, pointed out that Bevin’s degree in East Asian Studies “did not hurt his career.”

Bevin studied at Washington And Lee University on a partial ROTC scholarship, meaning that taxpayers subsidized the governor’s baccalaureate, including his time studying abroad in Japan and becoming fluent in Japanese, giving him a skill set just as useful to the Kentucky workforce as electrical engineering.

“At this moment of rapid globalization, majors in our department learn to become well-rounded citizens of the world, both by studying abroad and by studying the world’s great thinkers and artists, ancient and modern, Eastern and Western,” Peters wrote. They learn to speak and write effectively in both English and their chosen world language, and they come to understand the importance for their future professional lives of thoughtful communication and confident self-presentation.”

This article originally appeared in French and has been translated with editorial asides from the editor-in-chief, which are set off in italics.