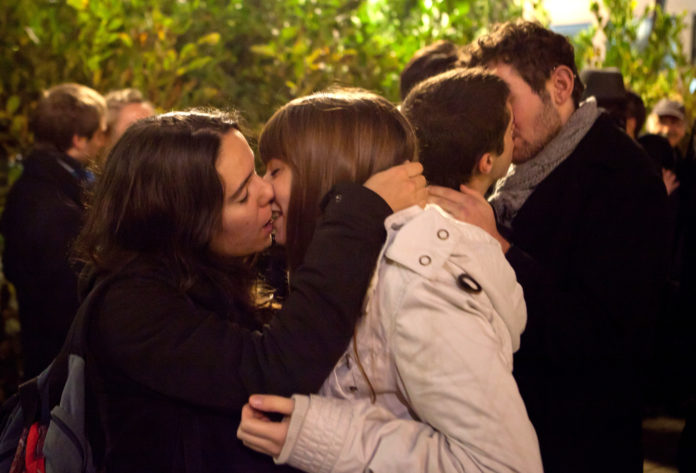 Let’s get something straight once and for all: French fries are Belgian. Another thing the French didn’t invent? Kissing with tongue (though they have a lot less trouble being associated with this kind of legacy than with the fast food staple).

According to Vaughn Bryant Jr., Director of Texas A&M University’s Department of Anthropology and specialist in the history of the kiss, the earliest mention of the kind of kissing most Americans call “French” is in the famous Indian text Kama Sutra written well before France existed back in the 5th century BC. Of three principle types of kissing, it was described as the most passionate.

Alexander the Great had a hand in the spread of this type of kiss when he added India to his vast empire a century later. The kiss arrived in Gaul (part of the then Roman Empire) and was then called “savium.” “It was the raciest of all,” says Professor Bryant,”The kiss was very present in Roman culture. Romans spread it. They converted all of the people in their empire in Africa, Europe and Asia who weren’t kissing at the time. That’s where the French got it.”

So why do we Americans think that France is behind all this tongue-wrestling? The myth seems to originate with Americans who travelled to France in the 18th and 19th centuries.

“The French got the credit because so many rich American travelers were going to France at that time,” says Professor Bryant. “You have to remember that the United States was founded by religious puritans  who had strict rules about kissing. Kissing someone was the same as marrying them! Pleasure was a terrible thing! When Americans came to France they saw that women were more welcoming. Upon returning home, men told their friends, ‘When you’re in France, get kissed by a woman,’ and it became common to say, ‘get a French kiss.'”