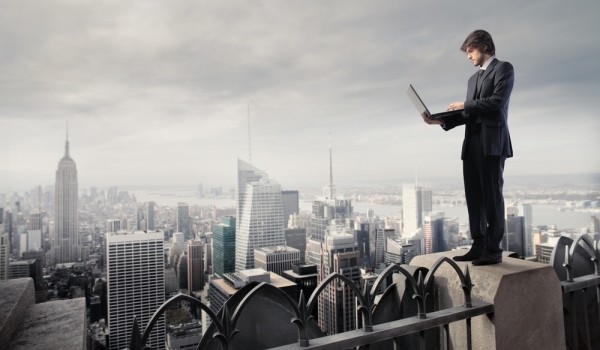 In June, French Startups Will Shine in New York

When it comes to tech start-ups, Gaël Duval knows a thing or two. Head of price comparison website Jechange.fr, he is a master of the French digital economy. But perhaps one of his best projects is about to come to fruition in the form of an upcoming conference for promoting French start-ups in the United States. To be held June 26-27th, La French Touch Conference will be dedicated to making France a better environment for developing start-ups and supporting entrepreneurs. “We have absolutely no reason to feel intimidated,” assures Duval.

In partnership with several businesses, as well as France Digitale and La French Tech, La French Touch Conference will take place in the Axa Equitable Center on 7th Ave. Several big-name speakers hailing from both France and the United States will be featured, including the Secretary of State for Foreign Trade, Tourism and French Nationals Living Abroad Fleur Pellerin, Jean-Baptiste Rudelle (co-founder and CEO of Criteo), Fabrice Grinda (investor and co-founder of OLX Inc.), Alexandre Mars (serial entrepreneur and Head of Mobile at Publicis), Renaud Visage (co-founder and CEO of EventBrite), and Céline Lazorthes (founder/CEO of Leetchi). The innovative chef Dominique Ansel–creator of the popular “cronut”–will speak also.

The conference organizers are counting on the presence of around fifty companies based in France or created in the United States by French entrepreneurs. Aside from lectures, testimonials, debates, and workshops, the French Tech Start-up Showcase and Contest will allow these start-ups to pitch their companies in front of potential investors and business partners. Start-ups will compete in one of two groups: early start-ups that might be “the innovation stars of tomorrow,” or start-ups that have already established themselves in France and are now looking to expand to the United States.

With this program, Gaël Duval hopes to attract an audiance of American investors, financiers, and media–he’s expecting somwhere around 300 participants. “There’s a French touch in the digital sphere,” he says, “French start-ups have the ability to think outside of the box, for example in the field of targeted advertising (technologies for internet advertising), the collaborative economy, or in other sectors. I’m thinking of the success of Blablacar, of Vente-privée, and of Autolib…”

Duval also hopes the conference will send an important message: “We would like to change the French public’s view of entrepreneurs who leave the country. The entrepreneurs who succeed in foreign countries aren’t running away, but actually helping France.”

If the conference is a success, future editions could take place in Silicon Valley, Sao Paolo, or China.