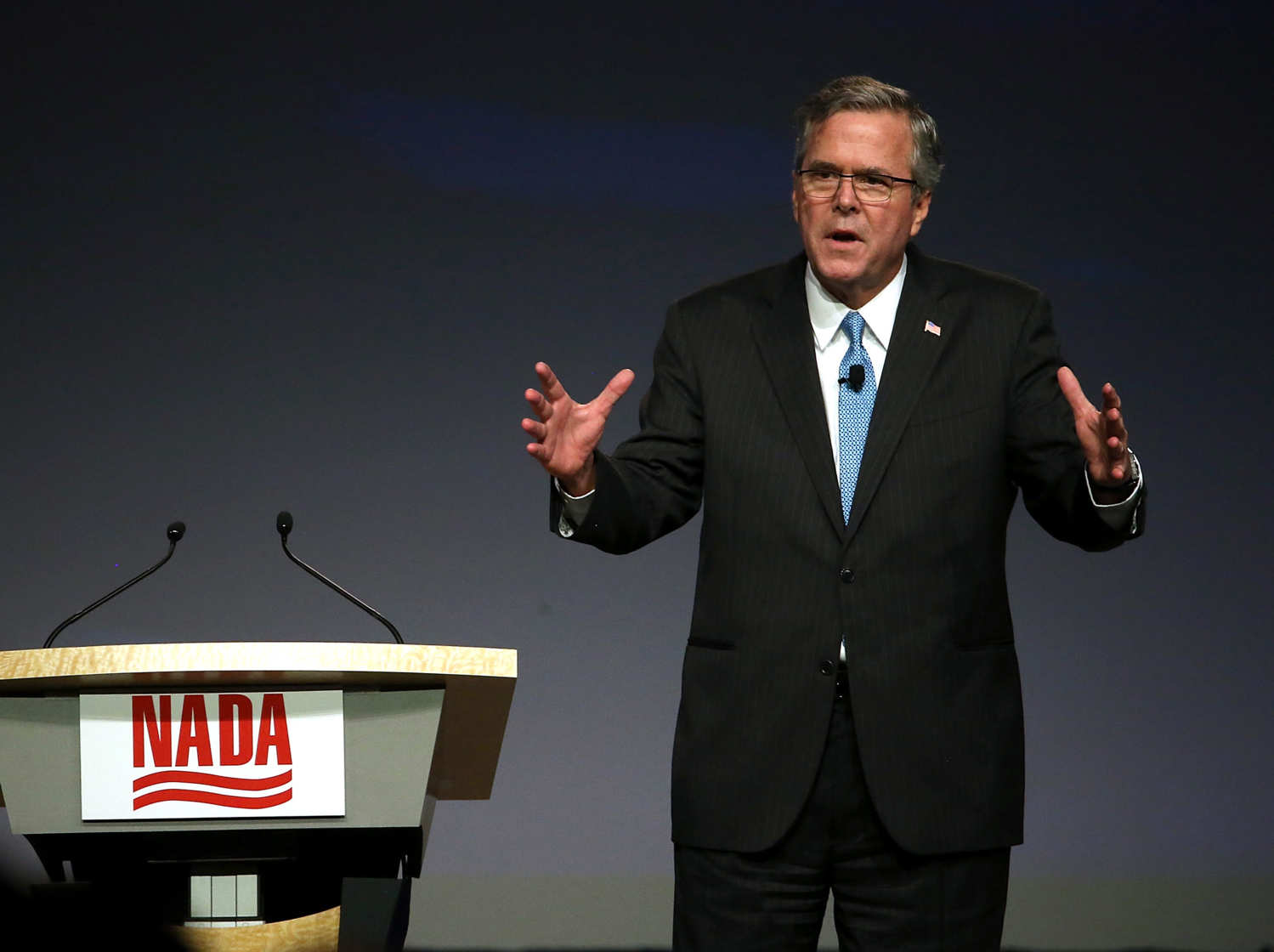 Jeb Bush’s command performance at the third Republican presidential debate on Wednesday included likening Senator Marco Rubio and his congressional colleagues’ schedules to a “French work week.” The comment drew ire from Gérard Araud, the French ambassador to the United States, who tweeted that, in fact, French people work an average of 39.6 hours a week. He also added that French workers also get sixteen weeks of paid pregnancy leave.

This isn’t the first time that Former Governor Bush has used the phrase. In June, Bloomberg reported that he had referred to US college students as having a “French work week” because twelve credits in considered full-time by administrators these days. Twelve credits, it should be pointed out, is a minimum requirement for full-time status at many colleges and universities in the United States. Students can—and many do—take more than twelve.

In February, speaking at a dinner for the Wall Street Journal’s CEO Council, Bush lauded all of the things the United States has at its disposal: natural resources, innovation, creativity, a “history” of productivity, and, strangely enough: “labor laws that are unique in the developed world.” Labor laws that kept child labor illegal, for example, and successfully brought the United States to a 40-hour work week with overtime. “All this stuff has just been cast aside, and we’re moping around like we’re France,” Bush continued, without explaining whether the United States was moping around like the French or moping around because we think we’ve got it as bad as France.

“I don’t want to be disrespectful,” he said, ensuring that what followed would not be disrespectful. “They have a lot of interesting things and great things.” What Forbes called ‘one of the most protective labor laws in the industrialized world,’ perhaps? An OECD (Organisation for Economic Co‑operation and Development) ranking three times higher than the United States for employee protection, who fell to the bottom of the list? “But we’re not France, for crying out loud.” Maybe not.

In the media maelstrom that followed some clumsy comments about French productivity by an American tire executive in 2013, Forbes used several economic benchmarks to gauge the relative productivity of American workers versus French workers. GDP-to-hours-worked put France ahead of America by $3, with Forbes predicting that the rising trend in American productivity would outpace France eventually. The BBC has reported that the US is now three dollars ahead of the French.

It’s uncertain where the rhetorical enmity against the French work ethic came from, whether in Jeb Bush’s public appearances or in the Republican Party in general. In the same way that the idea of “cheese-eating surrender monkeys” seems to forget that the French were rather dominant in the 19th century, the flag-waving GOP also forgets that France was key to securing the independence of the country they love so dearly.

Let us not get too far into their professed love of the Founding Fathers, some of whom, like Thomas Jefferson and Benjamin Franklin, were ambassadors to France and spent quite a bit of time there.

Earlier this year, a fundraiser for Jeb Bush’s presidential campaign was held in Greenwich, Connecticut by the former governor’s leadership PAC and Craig and Debbie Stapleton, family friends of the Bushes. Craig Stapleton, like Franklin before him, was appointed the ambassador to France by a president named George—he began service as President George W. Bush’s French ambassador in 2005. His wife, Debbie Walker Stapleton, published a cookbook about France in 2009, the same year President Nicolas Sarkozy named Mr. Stapleton a Commandeur of the Legion of Honor. Besides being a family friend of the Bushes and a political booster to Jeb Bush, Stapleton is also an honorary of four French towns: Vienne, Chateauneuf du Pape, Rocamadour, and Deauville. We were unable to reach him for comment.

Perhaps Bush’s enmity towards the French work ethic is in earnest. In 1999, his wife was randomly screen by US Customs agents after a flight from Paris to Atlanta. Columba Bush had listed $500 in purchases on her customs form—American citizens do not have to pay for anything totalling under $400—and the agents discovered receipts that pointed to a shopping spree that came in somewhere around $19,000 in clothing and jewelry.

Mrs. Bush paid $4,100 in fines with a personal check. According to Gov. Bush’s,then-spokesman Cory Tilley, she didn’t want her husband to know how much she’d spent. Nor, by the transitive property, did she want Customs or the IRS to know. Was her reticence because of the price tag of the purchases or because she knew that Jeb would be furious over what the French government would spend her tax money on? “It is a lot of money. But look, that’s between her and me,” he said at the time.

It is unknown what Columba Bush, a private person who was born in Mexico, thinks about her husband using stereotypes about a country’s work ethic to fashion political barbs. It should be noted that Mexico is far and away the hard-working country according to the OECD.

Aside from his off-hand French kiss-off at Wednesday’s debate, Jeb also commented on Supergirl star Melissa Benoist, saying she was “pretty hot.” Benoist—or at least her surname—is of French derivation.