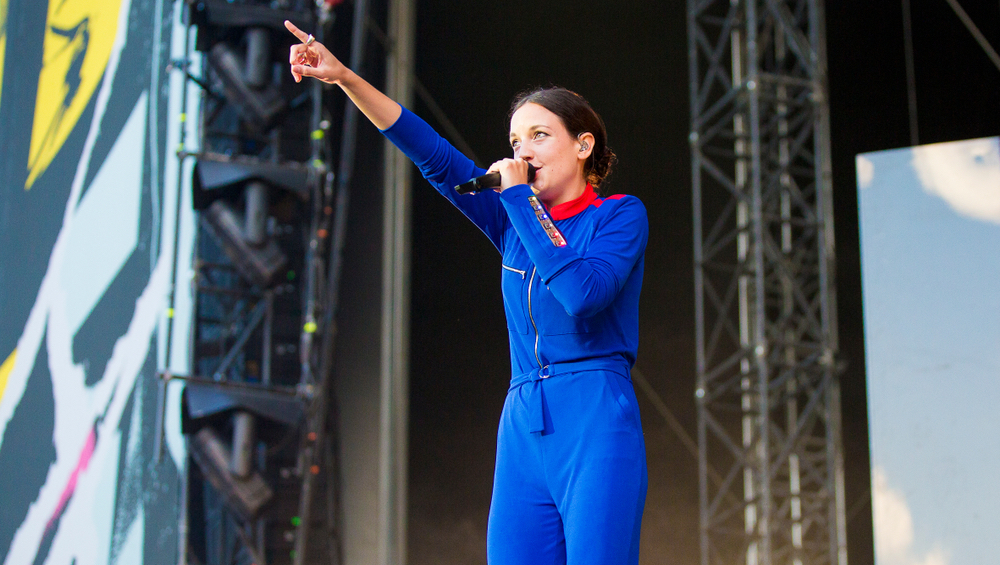 “I’m trying not to get overwhelmed. ” When you become a global sensation with a music video with over 38 million views on YouTube, there are a couple of reasons to lose your cool. That’s not the case with Jain.

The 24 year old Toulouse native wrote her song with an irresistible hook, Come, seven years ago when she was living in Congo-Brazzaville. It was there in Pointe-Noire that she started to seriously pursue music. Surrounded by rapper friends and African music (Youssou N’Dour, Salif Keita, and Oumou Sangaré) that her French-Malgasy mother listened to, she got to know a beat maker known as Mr. Flash and would record demo tapes at his house after school.

She created a MySpace page that caught the eye of her current manager Cyril le Tallec. He put her in contact with the singer Yodelice who also was quickly impressed by her charm. At just 22 she was opening for both Yodelice and Christine and the Queens.

In her music, she plays with different cultures and styles. It’s a reflection of who she is. As the daughter of an expat- her dad worked for a oil company-, she was always on the move, and this constant change of scenery had a big hand in shaping her identity. Besides the Congo, she lived in Abu Dhabi and Dubai. During her travels, after two years of drumming in Pau, she learned Arabic percussions.

Her wandering lifestyle inspired her first CD, which was released in November of 2015. It was entitled “Zanaka” which means “childhood” in Malagasy. This CD, which went Gold in February, earned Jain her first (and certainly not her last) nomination at the Victoires de la Musique awards, in the Best Debut Album category. “The feeling of being rootless made me want to write. Moving from one country to another, I was never able to express myself through speaking. I prefer to sing,” she says.

Jain is still the globetrotter she was as a child. She recently had her first concert in Los Angeles. “They told me that the audience wouldn’t really be dancing. But there, they danced!” she joked. Now, she needs to see if she measures up in New York. She’ll be in Brooklyn on October 12th, and at the Mercury Lounge on the 13th.

When asked how she felt about performing in the states and whether she had any American influence in her music she replied, “I’m excited. I’ve listened to a lot of blues and soul, Nina Simone, Janice Joplin, hip hop….” She’ll be back in the US in March 2013 at South by South West (SxSW).

Don’t worry, she still has lots of songs written up her sleeve. “I’m not afraid of the blank page,” she explained. “They say the second album is the hardest, but I still have lots of compositions to look forward to. There will be more pressure for the third album if I have the chance to make one.”