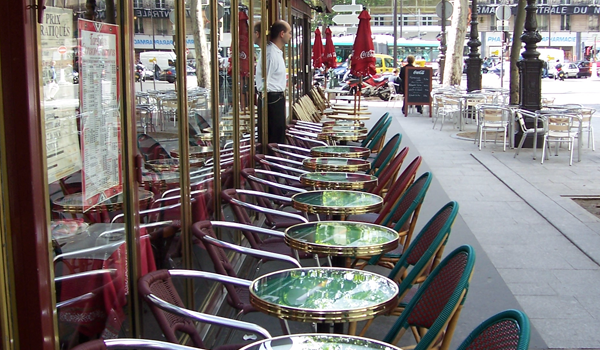 Is The Bistro Disappearing from France?

According to a study done by France Boissons, a major supplier of the various beverages integral to a real bistro, they are: there are now less than 35,000 bars in a total of almost 11,000 towns. They’re disappearing from the countryside and the cities alike, down from some 600,000 cafés in the 1960s.

“It almost makes you want to drown the bad news in a drink,” Émilie Torgemen writes in Le Parisien.

Île-de-France, though, where you’d presume there’d be a massive overabundance, has only 2.8 bars for the same number of residents.

If only 10,619 towns have bars, cafés, or bistros, that leaves a staggering 26,045 without some sort of drinking establishment. “Three-quarters of the people who live in these small towns think that the social bond has been weakened,” says Damien Philippot, who ran the study for IFOP, the Institut Français d’Opinion Publique.

In an interview with Cherche-Midi, Rachel Sauterne said that subsidizing cafés and bistros seems sensible to protect such an intrinsic part of the social fabric of France.

Some municipalities have bought up unused liquor licenses to keep the social core of their towns dynamic. “Many politicians understand the urgency of saving our pubs,” Marcel Benezet, president of Synhorcat, an association of bars, cafés, and breweries, told Le Parisien. “Some have bought buildings or licenses for historic cafés so they could install motivated teams, so much so that the number of bars in Île-de-France has risen slightly.”