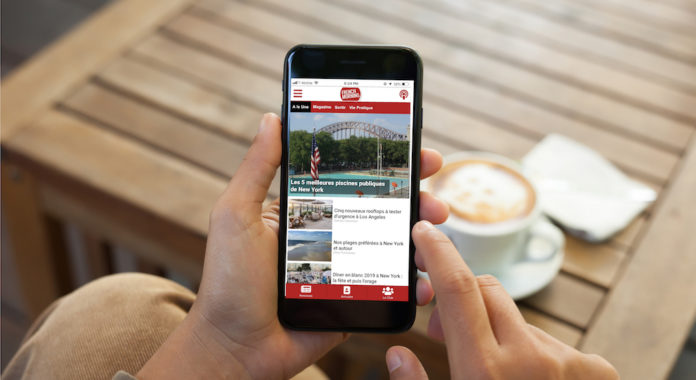 For more information on the fundraising campaign and becoming a shareholder of French Morning, visit the MicroVentures platform.

French Morning, Frenchly’s French language parent company, is launching a new fundraising campaign today. And as always, we are appealing to you, our readers.

After a first campaign in 2017, which enabled us to raise nearly $300,000 and launch websites in Canada and the United Kingdom, we are preparing for a new phase of growth. Objective: to open up in Asia and to develop video production.

When we asked you two years ago, you answered the call: nearly 200 investors joined us to help us launch French Morning outside American borders. This is what we’ve accomplished thanks to the response: we have editions in Montreal and London. In Quebec, where our site is called Maudits Français, we now have 70,000 unique monthly visitors and the same number in London. In total, we now have some 500,000 unique visitors per month, representing a 120% increase from 2017 to 2018.

Why invest in French Morning?

Of course because you love French Morning, Frenchly, and Maudits Français in Canada and want to support the local journalism we are dedicated to. But also — above all — because French Morning Media Group continues to grow in size and ambition.

The success of Maudits Français and French Morning London has shown that our business model followed in the United States is reproducible and sustainable. In 2018, our turnover increased by about 20% compared to the previous year and the growth is not limited to new editions. Frenchly, which is aimed at Francophile Americans, has seen its audience grow by 130% in one year. And the diversification of our content has also been a success: our videos receive millions of views (more than 6 million in June on YouTube, for example) and now generate advertising revenue.

What will we do with this money?

As we did with the previous fundraising, the money raised will be invested in growth, mainly in Asia, which is our next objective. We will open editions in several major cities on the continent to develop the company using the same model that we have applied for 12 years in the United States: quality local journalism, supported by a clear business model based on advertising and events (which generate approximately 25% of our revenues).

This fundraising will also allow us to invest in video, with the planned hiring of a video journalist in London.

Crowdfunding is now well known (thanks to Kickstarter, for example, or Ulule and KissKissBankBank in France). Equity crowdfunding is based on the same principle of public appeal, but instead of simply giving money, it’s about investing. By participating, you will become a shareholder of French Morning Media Group. No need to be rich: you can participate starting at $100 ($105.91 to be exact, the threshold set by law), but you have the right to go well beyond….

The shares are sold at $6.23. The campaign is open today, and will last 6 weeks. We raise up to $200,000, which represents 6.25% of the company’s capital. This is the maximum, but first the campaign will need to be validated by reaching the $50,000 threshold. Don’t delay and join the French Morning adventure here.

For more information on the fundraising campaign and becoming a shareholder of French Morning, visit the MicroVentures platform.