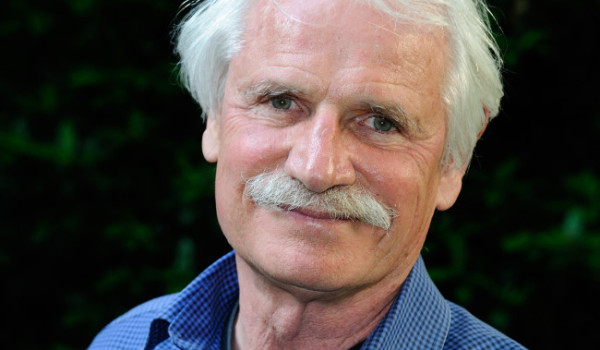 Human: from the UN to YouTube, a Portrait of the Human Race

Saturday, September 12th was the moment of truth for director Yann Arthus-Bertrand. He was standing outside the General Assembly room at the UN when we caught up with him to ask him how he was feeling ahead of the premier of his ambitious documentary Human. Celebrities, UN officials and dignitaries were about to watch it with him, but also millions around the world: the film was simultaneously screened in 500 French movie theaters and at the Venise Mostra, and made available YouTube to anyone with an internet connection.

“Can’t we talk afterwards?” he first asked French Morning when we stopped him to say a few words. “Tonight we want to pass the mic to those people we never hear from,” he finally said, watching as hundreds of people streamed in to the UN General Assembly hall for the big screening.

Human is nothing if not ambitious: an attempt to depict humanity in its present state. Journalists travelled to 70 countries over the course of 3 years in order to ask the same 40 questions to some 2000 people, including soldiers, peasants, fathers, mothers, the homeless, killers, victims, all anonymous participants. Their reflections on love, death, and the meaning of life are the essence of the film. Bill Gates and Secretary General Ban Ki-moon were both interviewed for the project, but their answers didn’t happen to make the final cut.

The film begins with the testimony of a jailed man, convicted of the murder of a woman and her child. He explains, as he bursts into tears, that the mother (and the grandmother) of the victims forgave him. “That’s what love is,” he blurts into he camera. Some of the testimony is disturbing, like the soldier who says that men can’t help killing because of the feeling it gives them. Some are moving, like the young homeless woman who was rescued by a man who died of stomach cancer two years later. Others are hopeful: a Palestinian and an Israeli who work for peace after getting lost together near the conflict; a man without legs and arms who found the love of his life on a dating website; a gruff father who tells his openly gay son he loves him.

A lighter sequence talks about male-female relationships. An African man tells how his friends make fun of him because he cooks for his family. Human also broaches the subject of refugees in France, an issue on everyone’s mind right now. One man talks about crossing the Mediterranean sea in a boat; another lives in the infamous Calais “jungle” and tells the story of having a policeman tell him to “go home.” His reply: “But I have no country.”

3 hours and 30 minutes of testimony, interspersed with aerials footage of the earth as only Yann Arthus-Bertrand knows how to do it. Surprising, shocking, funny, emotional. The whole room, including the Secretary General and a few celebrities, seemed to depart under a spell. Hopefully the standing ovation made the incredible effort worth all the stress.

Watch the entire 3.5 hour documentary in three parts on YouTube: