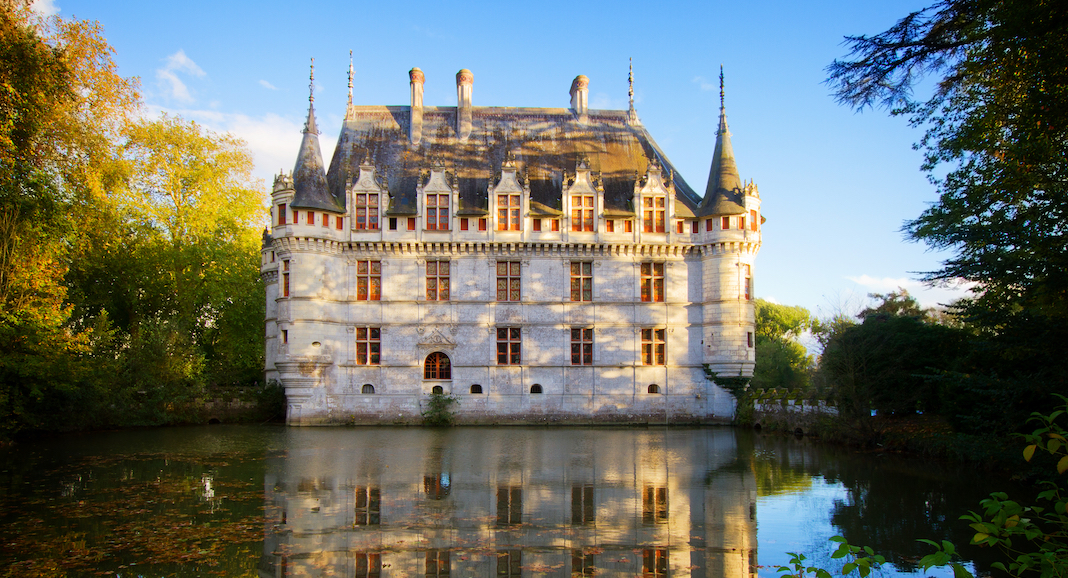 Where to Go in France This Autumn

As winter approaches, you might feel the urge to go out and experience the last of fall’s beauty before the season ends.

Though France’s autumn foliage doesn’t bloom quite as brightly as it does in the US (the lack of maples makes a significant difference), there are still quite a few gorgeous little towns all over the country that simply scream, “Fall is here.” Here are some of our favorites.

During World War II, the Croix de Lorraine was a symbol of France’s fight to regain territories lost to German Nazi forces. Now, a version of it, almost 150 feet tall, resides in Colombey-les-Deux-Églises as the Charles de Gaulle memorial, so named for the former French president who helped break France out of the grip of the Nazis. The town is also home to de Gaulle’s country home and final resting place, La Boisserie, which is kept open to the public as a museum.

Not far outside of Paris, this petit hameau is home to the stunning Château de Courances, which was built during the reign of Louis XIII, and has been owned by the Ganay family for the last few centuries. A large concentration of natural springs and a small river give the town its name, derived from the expression for “running waters.” With a population of only 350, and life centered around the local church, it is the epitome of bucolic simplicity.

This town in the Midi-Pyrénées is constructed along a single rocky ridge above the river Aveyron. High above the streets and houses sits a 13th-century castle, now abandoned, but beautifully preserved. Let a trip to Najac take you back to the Middle Ages with this clifftop city surrounded by fairytale forests, which turn myriad colors as the seasons change and the town sits undisturbed by the passage of time.

If you want it spelled out for you, Angles-sur-l’Anglin is part of an association that is literally called “The Most Beautiful Villages In France,” an organization designed for the promotion of tourism in small rural towns in France with rich cultural heritages. Its most prominent feature is the ruined hilltop castle that crowns the town, which is best enjoyed with a riverside stroll of picnic with a view of said castle. It’s the perfect cherry on top of a lazy day wandering through narrow streets in the sleepy ville basse.

The beautiful little port city of Honfleur sits right where the English Channel meets the Seine, a town built by fishermen and popularized by fishermen-turned-wealthy-merchants. And while there may not be a ton of foliage on the cobblestoned waterfront, the town has such a quality of an old seaman’s tale that you’ll have no issue with snuggling up inside a restaurant overlooking the water, or taking a boat tour on one of the Vedettes Cauchois.

The city of Limoux is situated in southwestern France, and is known for its miles of vineyards, which produce the sparkling wine known as Crémant. During the fall harvest in France, the fields are heavy with golden grapes, and the endless rows of grapevines begin to turn russet once the bounty is collected, and the region settles into a wintry slumber as the bubbly ferments, and the townspeople relax. To warm up indoors, enjoy some of the town’s museums or the Basilique Notre-Dame de Merceille.

Known for its Christmas markets, which kick off the holiday season starting November 22, the town of Strasbourg, in Alsace, is known for its idyllic and medieval German architecture. Strasbourg’s Grand-Île is such a crucial symbol of Franco-German historical relations that it is the only city center in the world to be considered a UNESCO World Heritage Site. So cozy up with a cup of vin chaud and some hearty Alsatian food and camp out by the river with your camera.

Okay, so this is a region, not a town, but the Loire Valley deserves a spot on this list. The Valley is the chateaux capital of France, containing the Château de Chambord, the Château de Chaumont, the Château d’Azay-le-Rideau, and dozens more. The region is famous for its wines, cheeses, and produce, and the farmland makes for some beautiful escapes into nature. Opt for a picturesque bike through the crisp fall air with travel companies like Loire à Vélo.