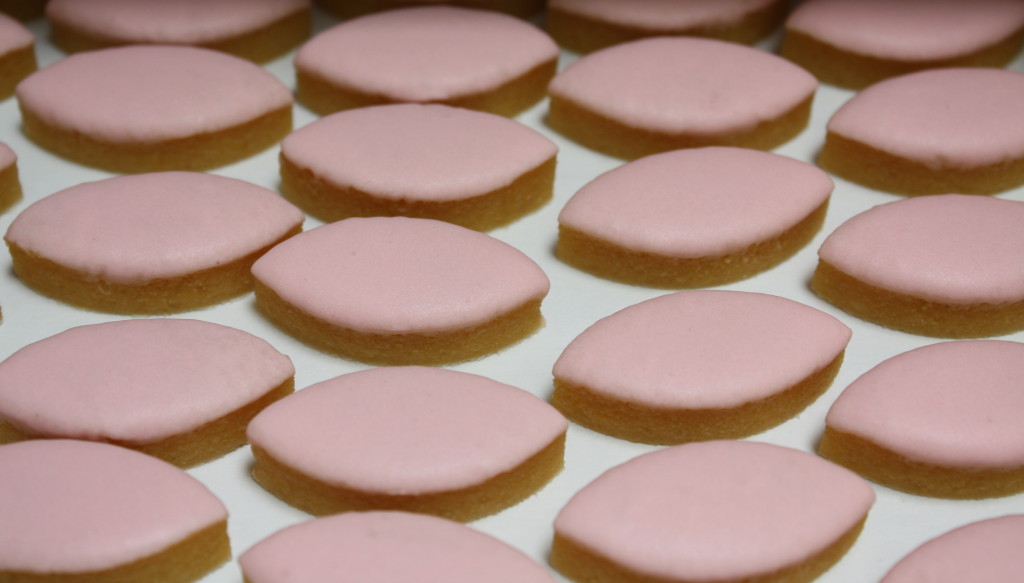 Thanks to huge populations of French expats, major American cities are often blessed with high-caliber French artisans of everything from soap to cuts of expertly-butchered meats. The latest addition to the Los Angeles French pastry landscape — thanks to Normandy-born Gilles Cailleaux — is the calisson.

The what? Trust me, if you’ve visited Southern France, you’ve tasted or at least seen the calisson. The nanette-shaped confection is everywhere in Provence: a chewy almond base with a citrus-scented frosting. No one in the US makes these sweet gems — no one except for Gilles Cailleaux, that is.

“The calissons I make mainly get bought up by French expats or people who love France,” says the chef whose operation is based in Lake Forrest, “But there’s a real potential for them to appear as mignardises at hotels or restaurants. It’s also the ideal treat to offer guests at weddings, bar mitzvahs or quinceañeras.”

Cailleaux trained at the Ceria culinary institute in Belgium in the 60s and fell in love with the calisson during the decade he lived in Aix-en-Provence. He sticks to the traditional recipe: ground almonds and candied melon carefully shaped and delicately iced on a thin leaf of wafer paper.

“Our calissons are 100 per cent natural and contain 40 – 45 per cent almonds,” assures Cailleaux before adding, “In France, the charter signed by the makers of Aix-en-Provence calissons requires a minimum of 32 per cent.”

Traditional calissons are white, but to attract an American clientele, Cailleaux has decided to add an element of variety to the little gem-like treats.

“I’m offering a variety of new flavors and colors: rose, lavender and orange blossom,” he says, “Americans, who aren’t necessarily familiar with the classic calisson, really like the colorful versions.”

Cailleaux had retired after an illustrious American career that started in Los Angeles in the 70s when he worked along the celebrity pastry chef Michel Richard. It was a friend who saw the calisson on an Anthony Bourdain show about Provence who convinced him to take out his apron and start cooking again.

Two calisson machines imported especially from France allow Cailleaux to produce about 2000 confections each week. He foresees a huge jump in production as summer gives way to fall.

“Between now and September, production will double and then quintuple around the holidays,” he says. He is confident in his product, which has been given the seal of approval by his Marseillaise wife, as well as industry professionals. “Several starred chefs have praised their freshness.”

In the Los Angeles region, you can find Cailleaux’s calissons in stores like Monsieur Marcel and Gelson’s supermarkets. They’re available nationwide on Bygilles.com and Amazon — and if you happen to be staying at the Biltmore hotel in Santa Barbara any time soon, you might just find a couple on your pillow.

For now, Cailleaux is counting on the French chefs that dot American to introduce the calisson to their clients. “I am getting orders from all over the place, from California to the rural US,” he says. “This package, for example, is bound for Kansas!”