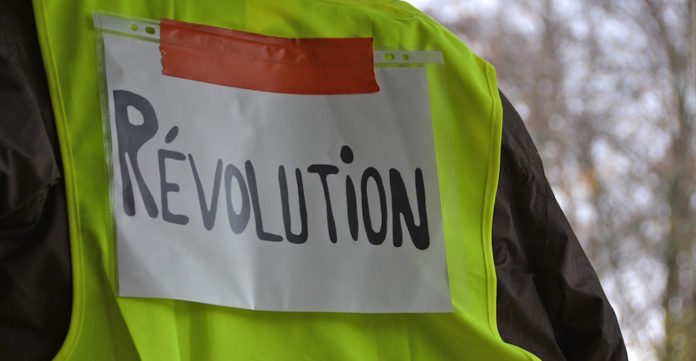 As the gilets jaunes (yellow vest) have just concluded another weekend of demonstrations, another demonstration has already been scheduled for December 22 — in New York.

On Saturday starting at 1pm, the gilets jaunes will protest outside the French Consulate on the Upper East Side to demand the break-up of banks, an end to the reign of money in the political sphere, and even an increase in minimum wage.

On the event’s Facebook page, the listed organizer is Arno Fortelny, an app developer based in Brooklyn, who, judging from his profile, doesn’t seem to be French. “This demonstration is, first and foremost, a show of solidarity for our brothers and sisters fighting injustice both in France and around the world,” reads the event description. “No parties. No labels. Only unity.”

It also lists what the group is marching for, “in no particular order”:

“Solidarity between all working people around the world.
Getting money out of politics.
Raising the federal minimum wage.
Ending the war on drugs.
Breaking up the banks.
Criminal justice reform.
Demanding climate justice.
LGTBQ rights.
Women’s reproductive rights.
Ending the war economy and military industrial complex.
A federal jobs guarantee.
Equal pay for equal work.
Ending corporate welfare and subsidies.
Healthcare as a right for all.
Stopping welfare for the rich and austerity for the poor.”

At the time of publication, 68 people indicated they were going to the event, and 645 are interested in going.