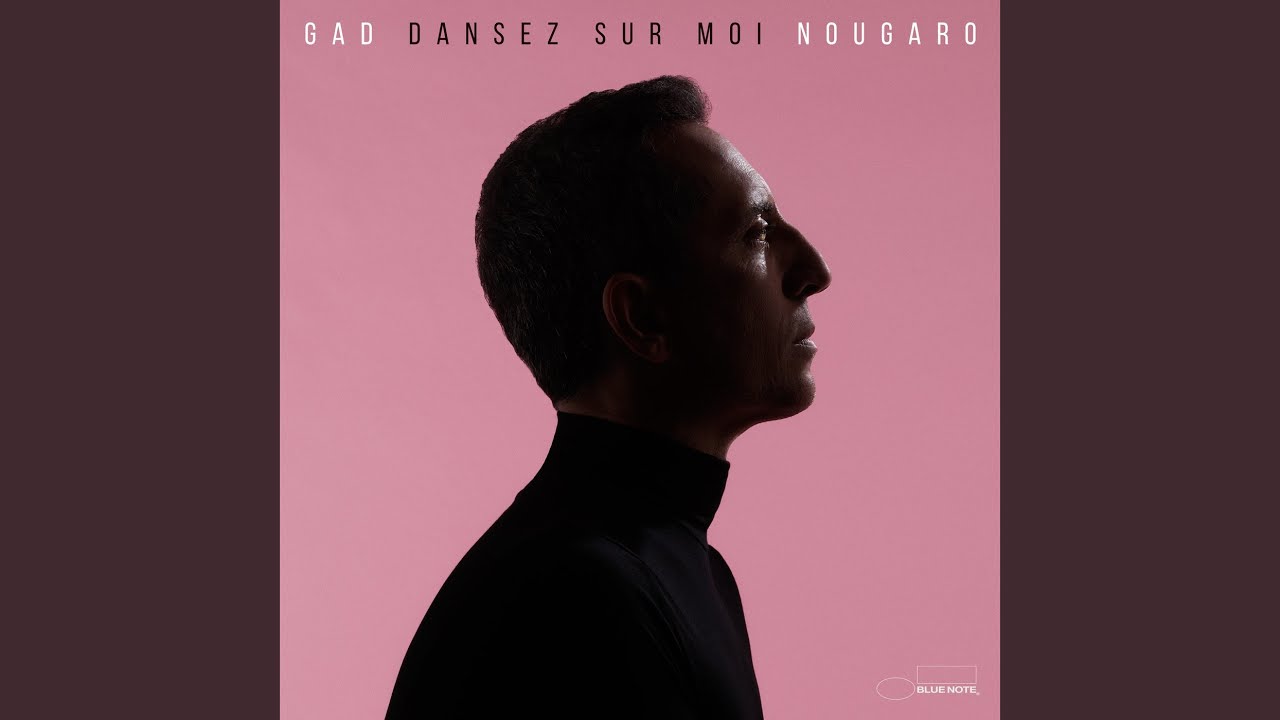 When you heard Gad Elmaleh was working on something new, you probably got excited for a Netflix standup special, sitcom, comedy album, or international tour. But this giant of French comedy, so widely revered as to be referred to as “the French Seinfeld,” has something new up his sleeve: some surprising singing chops.

Over the course of the pandemic, Elmaleh has been recording an album of covers under Blue Note records, called “Dansez sur moi,” and re-envisioning the songs of the French master chanteur, Claude Nougaro. The Toulousian singer, who passed away in 2004, blended American jazz and Brazilian and African musical influences into the French chanson style. His hits range from the twangy, percussive “Bidonville,” a song about France’s slums; to “Cécile ma fille,” whose haunting hook describes Nougaro’s fear and wonder at becoming a father.

Elmaleh released the album’s first single, “Armstrong,” back in September, followed by “Nougayork,” and “Le cinéma.”

The album was set to be released in November, but was delayed due to COVID-19. A video for the song “Toulouse” was released in December. Set outside, with Elmaleh and his band playing by the river, the love song to Nougaro’s hometown was shot on site, the lyrics cut with footage of the city, include one lingering image of a larger-than-life mural of Nougaro on the side of a building.

In a recent interview with Basique, Elmaleh said that he was inspired by Nougaro from a very young age, and that he had been drawn in by his percussive diction, style of storytelling (which he likens to short films), and unique, drawn-out rolled r’s. He also admitted in another interview to wanting desperately, when he was younger, to become a jazz pianist. He describes a very fine line between jazz and comedy, in the way a performer brings you into their world, and assures that what he is doing now is nothing new, but really an extension of the kind of performer he has always been.

He’s accompanied on the album by a wide variety of musicians, including accordionist Richard Galliano on “Rimes,” trumpet player Ibrahim Maalouf and multi-instrumentalist Angelique Kidjo on “Bidonville,” and gypsy jazz guitarists Thomas Dutronc (on “Tu verras”) and Biréli Lagrene (on “Cécile, ma fille” and the title track).

It’s an album made with love (and the blessing of Nougaro’s daughter). Even if the slightly over-produced vocals echo the Starbucks Christmas CD production style of a Michael Bublé album, the assistance of renowned jazz veterans keeps it from being completely shlocky. There will only ever be one Claude Nougaro, but as far as quarantine projects go, Elmaleh has managed to make this one into something charming, if not exactly earth-shattering. But you’d be better off listening to the original.