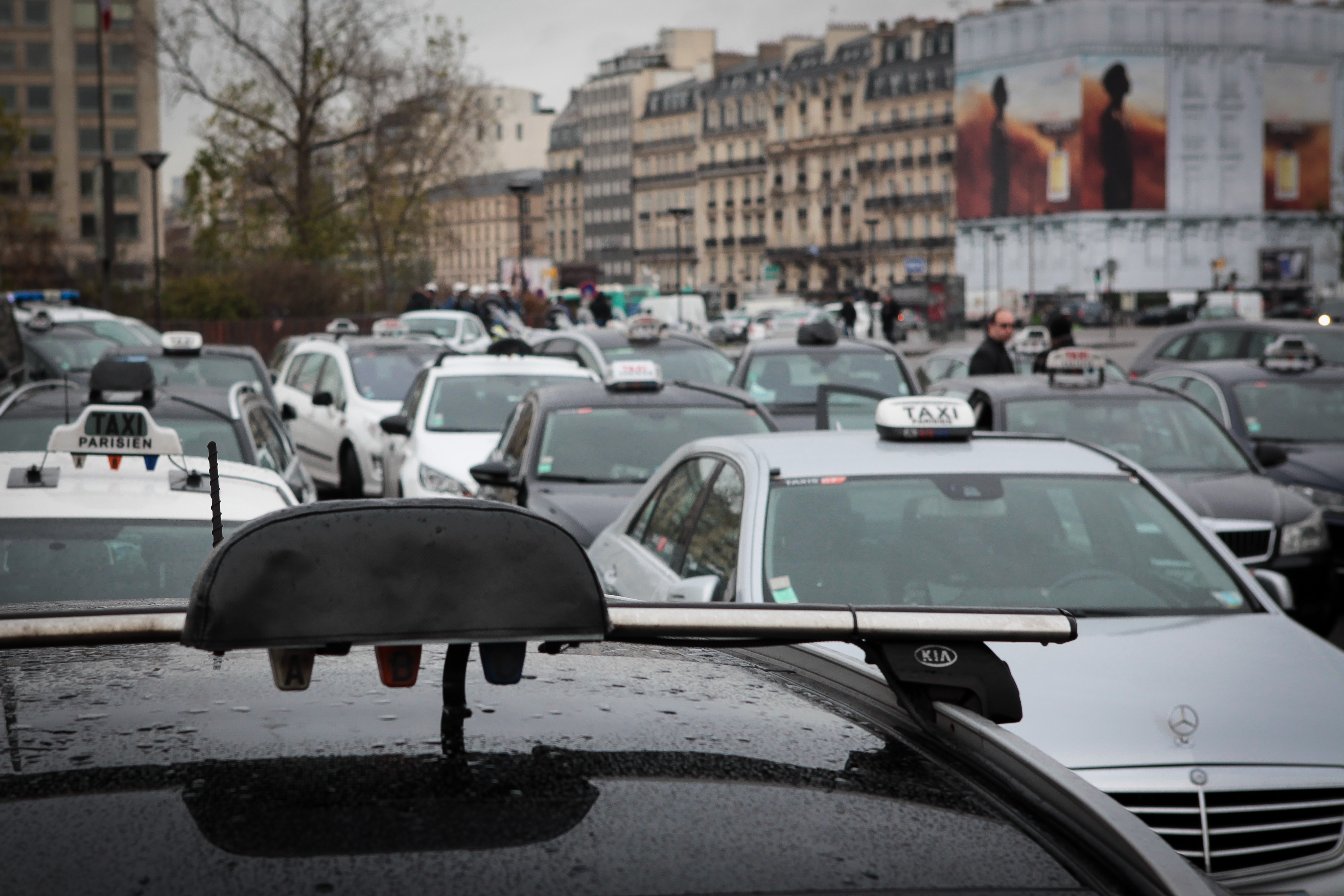 Why the French are Uber-Pissed at UberPop

So there’s another labor protest in France today.

A first sentence which won’t do much to distill any of the old received ideas about France, or grab anyone’s attention. Except this time there’s more at stake than the usual vociferous defense of long-held benefits. There’s a bigger symbolic and cultural battle going on and it’s a clear face-off between a French view of justice and progress and…a very traditionally American view.

The protest involves French taxi drivers who are objecting to UberPop, the infamous car service Uber’s ride-sharing spin-off that arrived in France last February. They cabbies plan on creating a massive traffic slow-down and traffic jams around both of Paris’s main airports. As of the time of publication, it’s working! For those not familiar with UberPop, it’s a peer-to-peer ride-sharing service for the city, allowing volunteer drivers and passengers to connect via the same geo-locating app as the original Uber, and to get a ride—at a much lower cost. The cause of the protest is a decision from Paris’s commercial court that came down last Friday refusing to ban the service.

Uber has already run into problems in France—fines, violent protests, a restrictive law—so this is just the latest in a series of objections against what is considered to be not just unfair competition, but profoundly unjust. “It’s about saying no to injustice, no to illegal labor,” declared the Independent Parisian taxi driver’s federation.

It’s worth noting that France isn’t the only place Uber’s aggressively disruptive tactics are running into problems. In Europe, Spain and the Netherlands have banned the service, in Germany it encountered heavy fines and legal threats, and Brussels recently announced it plans to file a complaint. In Asia, Thailand and India have also banned it. Even in the U.S., San Francisco and Los Angeles are filing actions against Uber for misleading consumers about pricing and background checks. There is clearly an Uber problem, and it’s not just French.

But in France, the objections—which even escalated into violent confrontations between cab drivers and Uber drivers during the last protest in January—have felt like a cri de coeur. A wrenching protest against more than just the hard-charging tactics that are undermining the market security of licensed taxi drivers, but against the bullying indifference of the U.S. company.

There is a sense of indignation towards Uber’s brazen audacity in coming in and doing, essentially, just as they please, just as they had been doing for several successful years previously in the United States, before launching in Paris in 2011. Uber’s roll-out has been globally identical, more or less indifferent to any local parameters, whether legal or cultural, simply intent on an unapologetic deployment of its product, without calling their strategy into question at any point, anywhere.

To cite received ideas again, Uber’s style is in many ways the French caricature of Americans—boorish, culturally insensitive and in ravenous pursuit of profit. Uber’s modus operandi is in fact less reflective of the tech world—in which start-ups tend to be aggressively innovative, but also actively (even if superficially) committed corporate citizens—than of an almost vintage spirit of reckless capitalism, a robber baron kind of entitlement to enrichment and success. More a Gilded Age America, than today’s venture capital America. Either way, there is no mistaking Uber for anything but American.

But Paris was the first city in which Uber deployed outside of he U.S., and even as the car service runs into recurrent legal problems and protests in France, Paris is now one of Uber’s biggest markets (along with India) outside of the United States.

Yet another complicated and undoubtedly love-hate relationship in the making…